1. When did Tzu Chi start its international relief work?

In 1991, Tzu Chi took its first step in international relief when it provided aid to children orphaned in the Persian Gulf War and those affected by flooding in Bangladesh and China. 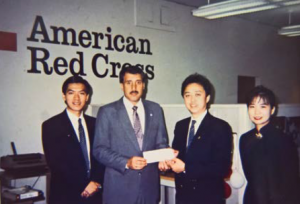 In 1991, Tzu Chi made a donation through the American Red Cross to help with the flood relief effort in Bangladesh. (Tzu Chi Foundation)

2. How many countries has Tzu Chi provided aid to?

As of 2016, Tzu Chi had brought aid to 94 countries and regions across the five continents of the world.

3. What are the principles of Tzu Chi's disaster relief?

Timeliness: to deliver relief supplies in the shortest possible time.
Directness: to personally bring the supplies hand-to-hand to those affected.
Priority: to focus on the worst-hit areas and those most in need of aid.
Respect: to respect the local customs, cultural traditions, lifestyles, and religions.
Practicality: to offer aid that disaster survivors need.

4. How does Tzu Chi usually conduct its international relief projects?

4. How does Tzu Chi usually conduct its international relief projects?

Tzu Chi's international relief has been carried out in four ways: 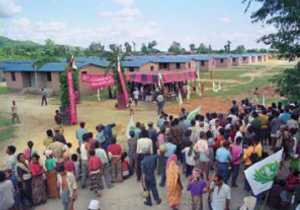 After Nepal was hit by severe flooding in 1993, Tzu Chi built 1,800 permanent houses in four villages for those affected. (Huang Jin-yi)

As Tzu Chi has expanded globally, most of its international relief work is now carried out in the following three ways:

(2) Tzu Chi and its overseas offices work together to carry out disaster relief. 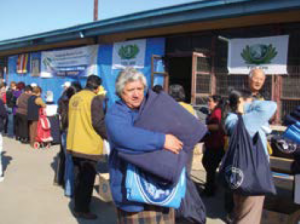 Quake survivors in Chile receive blankets, tarpaulins, and other aid supplies from Tzu Chi after a massive earthquake struck the country. (Hong Jia-ying)

(3) Overseas Tzu Chi offices work independently to carry out relief work in their countries of residence. 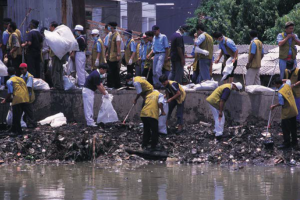 In 2002, Tzu Chi volunteers in Indonesia worked with the locals to clean up a section of the Angke River in Jakarta. (Yan Lin-zhao)

(4) Tzu Chi works together with other international charity organizations to help people in need of aid. 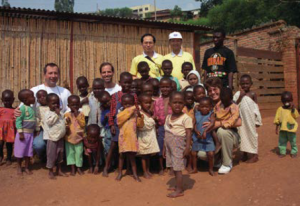 Volunteers of MDM and Tzu Chi worked together to provide medical care to children orphaned in the 1994 genocide in Rwanda. (Tzu Chi Foundation)

When a disaster strikes, Tzu Chi will pay those affected and work hand-in-hand with them to clean up their own communities and other disaster areas. As a form of relief, this program not only brings hope to disaster survivors by allowing them to rebuild their lives with the money they earn, but also helps the affected areas recover sooner as a result of collective effort. 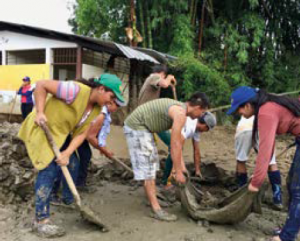 6. How does Tzu Chi help disaster survivors, especially those who are impoverished to begin with, start life anew?

6. How does Tzu Chi help disaster survivors, especially those who are impoverished to begin with, start life anew?

Apart from providing emergency relief to people in the immediate aftermath of a disaster or building temporary or permanent housing for them, Tzu Chi will further look at ways to help disaster survivors living in poverty become self-reliant. 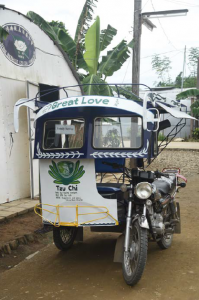 For example, after constructing a village for Typhoon Yolanda survivors in Palo of Leyte Province in the Philippines, Tzu Chi volunteers have been guiding the villagers to grow vegetables, bake bread, make vegetarian meal sets, and sew handbags to make a living. The volunteers also purchase used tricycles and loan them to the villagers interest-free so they can work as tricycle taxi drivers to support their families. 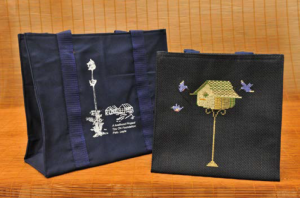 TIHAA, or Tzu Chi International Humanitarian Aid Association, was founded in 2004 by a group of entrepreneurs from various industries in Taiwan to provide logistical support to Tzu Chi's disaster relief efforts and to develop goods for use in times of disaster. 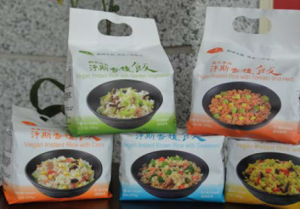 For example, as disaster areas often lack electricity, TIHAA has developed instant rice that can be prepared just by adding cold water. It has also developed technologies to process recycled plastic bottles into fiber, which is then made into blankets and clothing to be given out to the needy and disaster survivors. 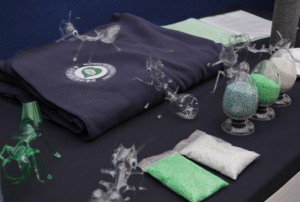 The thermal blanket, a product of DA.Ai Technology, is made from recycled PET bottles. (Li Jia-xiang)