Alone But Not Lonely

Tackling the Issue of Elderly People Living Alone in Taiwan

Alone But Not Lonely

Tackling the Issue of Elderly People Living Alone in Taiwan

Be it a deliberate choice or forced circumstances, elderly people living alone without the company of family members have become an issue of public concern. 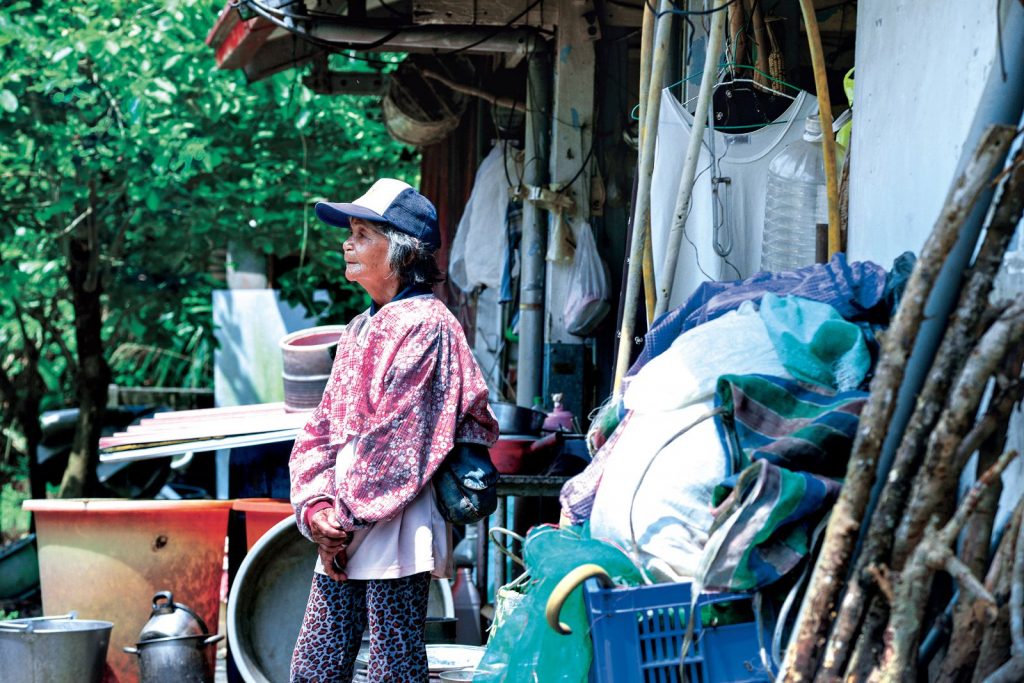 In 1998, the bodies of many senior citizens who lived alone in Taiwan were reported to have been discovered in their own homes several days after they had passed away. Those incidents caught the attention of the general public, and pushed the government to initiate a program to provide care and service to the elderly (especially to those living alone) in Taiwan.

In response to those incidents, Dharma Master Cheng Yen (證嚴法師) made an appeal to the general public to pay attention to the issue. She stressed that providing care and support to the elderly should be a community-based operation, and that people ought to care for their neighbors as if they were their family.

Tzu Chi has always been working hard to provide care and service to elderly people living alone. In fact, when Tzu Chi was founded in 1966, its first aid recipient was Ms. Lin Zeng (林曾), an 85-year-old woman who was bedridden and isolated in her tiny and shabby wooden house. Tzu Chi helped her receive medical treatment and provided continuous aid to her until she passed away four years later. 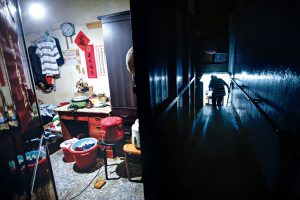 When stepping into a run-down elderly residence in Datong District of Taipei City, one’s attention will immediately be caught by its narrow space, dark corridors, crude and unsafe staircases, poor ventilation, and musty smells. In Taipei, there are about 20 such residences for the elderly.

Population aging is an inevitable trend in the society of Taiwan. During the past two decades, its demographics have changed from an "aging society" in 1998 to an "aged society" in 2018, in which one out of seven people is a senior. The National Development Council even estimated that the percentage of elderly people in Taiwan’s population would likely reach 20 percent by 2026, bringing Taiwan into the ranks of the "super-aged societies", in which one in five is a senior.

Meanwhile, families in Taiwan have become smaller in size. There are nearly 2.75 million single-person households (over 30 percent of the total number) in Taiwan, and living alone will become a trend for the older generations. It also implies that, unlike before, elderly people who live alone nowadays are not necessarily poor or ill. People may live alone because they had never married, have suffered the loss of a spouse, or have chosen to live apart from their spouses or children.

On the whole, northern Taiwan has the largest population of elderly people living alone. While they can enjoy the convenience of city life, urban senior citizens are burdened by high housing costs. Besides, urban residences, such as apartment buildings, tend to be buildings that are multiple floors high with no elevators, which is inconvenient to elderly people with impaired mobility. Also, many senior citizens are forced to live in shabby places because of their financial difficulties or the unfriendly house leasing market. Although shabby, those residences provide a shelter that allows the disadvantaged senior citizens to maintain a minimal standard of living. However, the poor housing conditions of those residences, together with the elderly residents’ health issues and financial problems, have become a potential source of housing and public safety issues. 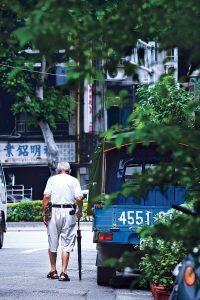 As people age, issues like housing, transportation, barrier-free space, and social participation also become more and more relevant. Apart from financial aid, elderly people may also need emotional and social support, which has become an area of focus for a number of NPOs.

According to statistics from the Ministry of Health and Welfare, although the percentage of elderly people living alone is increasing in Taiwan, the number of those elderly people registered as in need of care has actually diminished, dropping from over 53,000 persons in 2000 to around 45,000 in 2017. One reason for that is the increasing number of community care centers for elderly people. Currently, there are around three thousand such community care centers in Taiwan. Another reason is that some senior citizens refuse to be registered because they think they can take care of themselves, or they simply don’t want to be bothered.