Journey to the Baltic Sovietland

Journey to the Baltic Sovietland

The Grutas Park in Lithuania gathers all the former Soviet statues dismantled in the Baltic area. The very subject of the park refers to a tragic page of the country's history. Even today, its existence remains controversial. 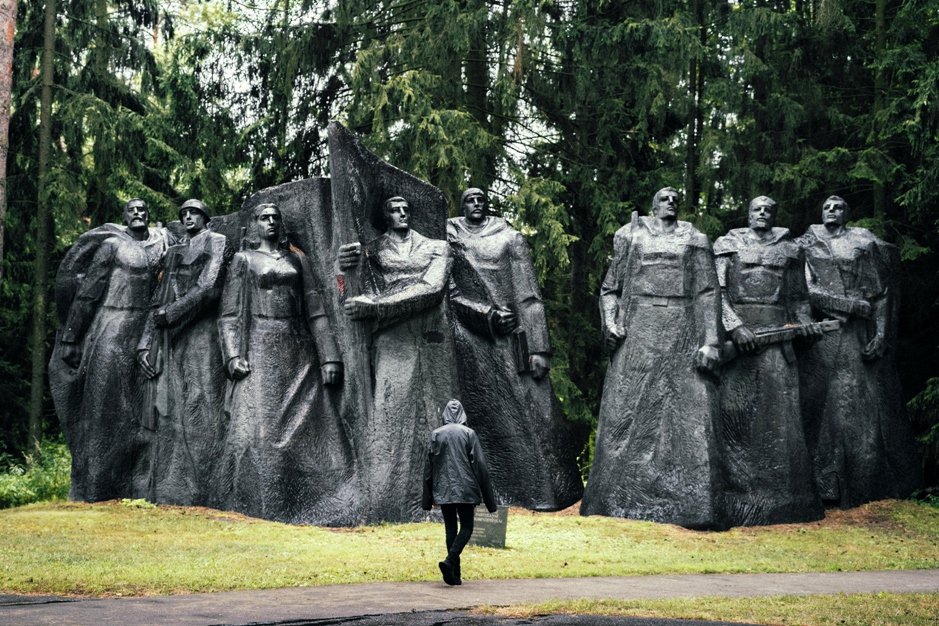 Founded in 2001, Grutas Park about 130 km southwest of Vilnius is a museum that offers an educational walk through communist Lithuania.

It was 7:31 p.m. on December 25, 1991, when the emblematic red flag stamped with a hammer and a sickle was finally removed from the massive red facade of the Moscow Kremlin. The USSR has officially disappeared, giving birth to fifteen independent republics. Estonia, Latvia and Lithuania are, once again, independent.

With a population of more than 7 million, the three small nations nestled at the edge of Europe are gradually turning the page of a common history: that of Soviet domination. Challenged by a Russian giant that no longer hides its hegemonic ambitions, the Baltic countries are still seeking to fully reoccupy their position in Europe. But they have to deal with different types of tricks fomented by Putin's government.

Of the many instruments available in the invader's arsenal, the soft power aims to maintain a pro-Russian culture within the territories. In 2012, for instance, Russia attempted to add Russian as the official language of Latvia in a referendum. Another alarming interference lies in the media through the provision of objectively false or distorted stories that try to infuse antipathy towards the Latvian or Estonian majority among Russian speakers.

Russia, in order to accomplish its expansionist aims, also uses hybrid warfare techniques orchestrating controlled chaos by fuelling internal conflicts and destroying infrastructures by cyber warfare in particular. Estonians are not likely to forget the series of cyberattacks that partially crippled the country in 2007. For three weeks, the Estonian parliament, banks, ministries and media were targeted following the removal of the Bronze Soldier, a statue of a soldier in Soviet uniform. Another form of threat is military pressure at the borders.

The freedom and independence gained in the past requires protection. Autocrats never sleep and are always trying to gain independent nations back into their fold. The Baltic states realized this early on and are doing their best to protect this hard-won freedom.

In Lithuania, radical measures were put in place very quickly after the collapse of the USSR. The first was to ban the Communist Party in August 1991, which is still illegal today. The use of symbols such as the sickle and hammer are also prohibited, as are the swastika and other Nazi symbols. The only legal use of these materials is for historical and memorial purposes, such as in museums, so that the horrors associated with such symbols are never forgotten. In Estonia and Latvia the same measures have been taken and remain unshakeable pillars of a fragile freedom.

The Baltic countries, rather than erasing all traces of their heavy past, have decided to enhance their strong historical heritage so that no one forgets the dangers of communist ideologies. In the south of Vilnius, near the Belarusian border, the Grutas Park gathers all the former Soviet statues dismantled in the Baltic area. The park's creation has led to a rather strong opposition and even today, its existence remains controversial.

Another initiative, the Soviet Bunker, explores a painful part of history in a chilling setting. The operation "1984, surviving the drama" offers visitors a revisit to the concentration camp experience of a political prisoner. The building housed in a forest near Vilnius and built in 1978 on the orders of Brezhnev was an emergency television station in case of a nuclear war with the United States. The staff, played by actors, play the perpetrators of torture. The reception by guards accompanied by barking German shepherds is glacial. 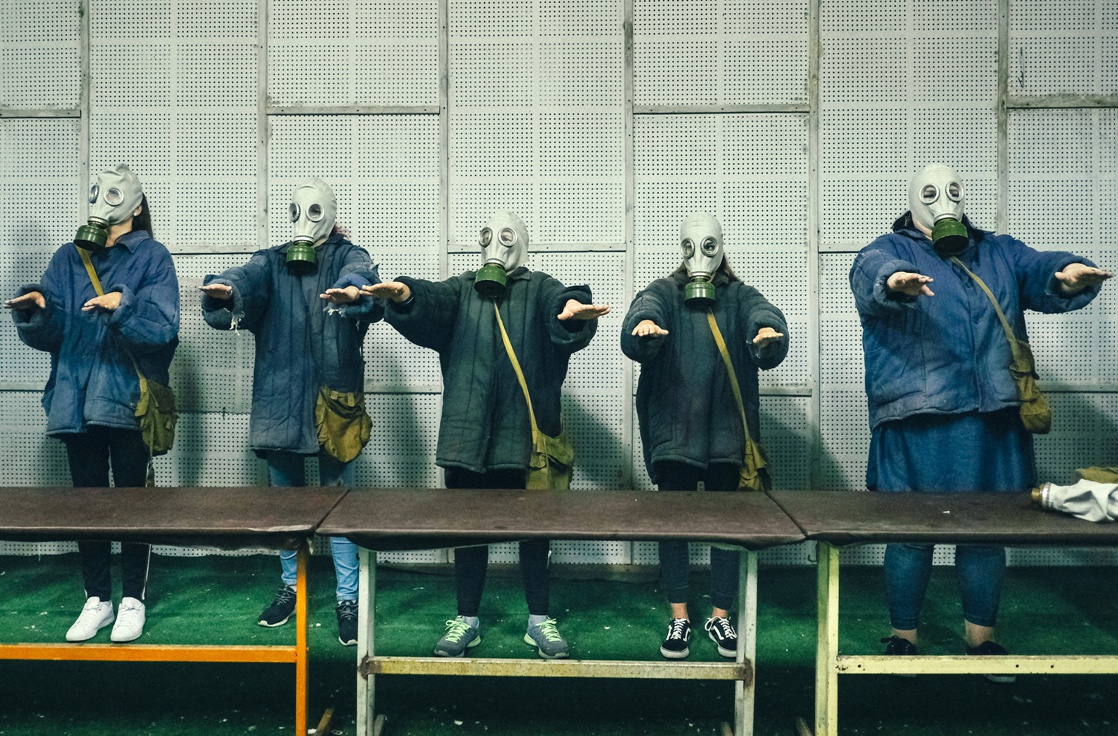 Dressed in a prisoner's dim jacket, visitors of the Soviet Bunker follow the path of a captive: the general's speech promoting the values of socialism as well as a brutal medical examination and interrogation in the KGB office in the frozen and humid basement.

In Latvia, Karosta, the former naval base that was closed to visitors during the Soviet occupation near the port city of Liepaja, is also a hot spot for dark tourism. In the sinister prison turned into a museum, the guides wearing uniforms treat visitors like former prisoners, but with an extra smile. For the mere sum of 15 euros, one can experience spending the night in a cramped cell.

In Riga, the massive red granite statue erected in honour of the Latvian Riflemen who fought in the ranks of the Russian Empire during WWI has become a site of contention, as people debate whether it is a relic of a regime to be forgotten or a memory to be preserved.

In Tallinn, the capital of Estonia, the doors of the cells of one of the most notorious prisons of the Soviet regime are open to the public. Built in 1912, the building has marked the minds of Estonians: politicians, officials, intellectuals, veterans of the war of independence, and ordinary people were tortured and killed there. The narrow cells remain a symbol of the communist terror. Visitors can explore the basement consisting of two corridors, six prison cells and a punishment cell.

Other emblematic and "glorious" monuments of a bygone era still stand, such as the Olympic port of Pirita standing by an open pier on the Baltic Sea, which hosted the sailing events of the Olympic Games of Moscow in 1980. The Okta Centrum, perfectly octagonal inside and outside, was a multifunctional administrative building designed in 1977 for a collective organization belonging to the Soviet regime. Abandoned, the building was declared a national cultural monument in 2015 as an excellent example of Soviet-style architectural design.

The port of Pirita in Tallinn still has the Red Star, symbol of the Olympic power of the USSR.

In 2022, the Baltic populations living amidst the painful stigma of history remain divided. For the vast majority, the Soviet past represents a period of oppression, deportations and the methodical eradication of Baltic cultures. For Russian speakers, largely descendants of Russian populations deported to populate the area, these lands continue to reinforce a collective memory of strength and exception.

Contested by some and adored by others, the numerous sites and experiences of memory remain as warnings of the dangers of communist ideology. From this shaky balance, beyond the dismantling of old ideologies, remains a strange atmosphere with outdated emanations that does not manage to dissipate the increasingly strong adherence to Western European codes. 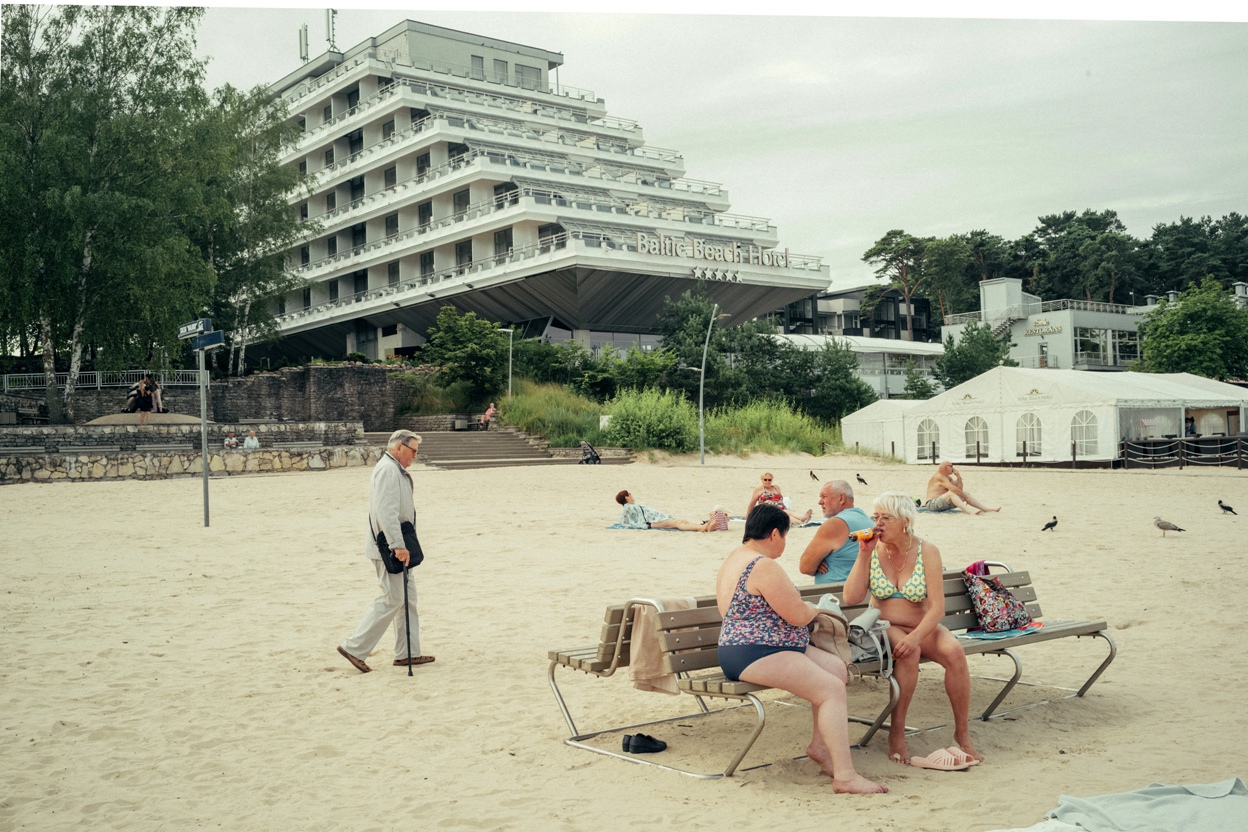 Jurmala, capital of the Baltic Riviera, is a decaying seaside town frequented by elderly Baltic and Russian people. Its brutalist architecture sanatoriums dating from the Soviet era still welcome in its large deserted halls residents under treatment.