Be it through surgeries, medications, or simply freezing themselves up, humans have long been trying to extend the span of life. As technology leaps forward, are we actually getting closer to achieving immortality? 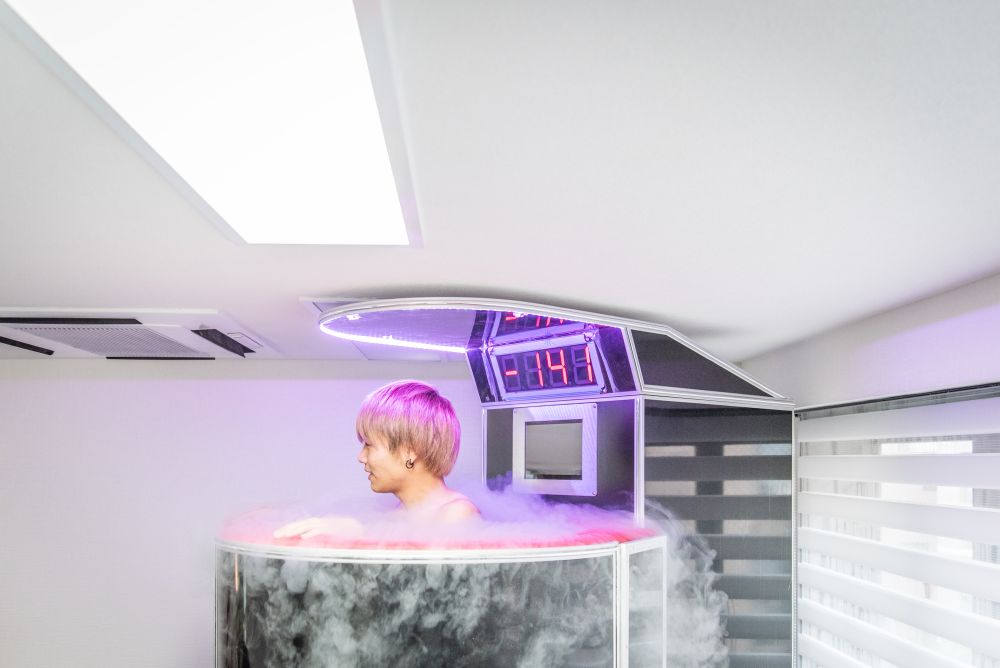 A woman enjoying cryotherapy in Tokyo, Japan. By exposing the body to extreme cold, cryotherapy can boost metabolism, improve immune system, and even slow aging.

I meet Merlin the Wizard almost by chance in Skolkovo, a suburb of Moscow. He looks like a wise and intelligent man when he speaks on stage at a festival related to innovation, yet an obsession haunts him: the quest for immortality, at all prices. "Old age is a disease that can be cured like any other," says the modern-day Merlin the Wizard, born Aubrey de Grey, a brilliant English computer scientist turned biogerontologist and guru of the transhumanist movement. "Of course, we won't achieve immortality tomorrow, but only in a few decades," he adds, "when science has answered all our questions. After all, ageing is an accumulation of damage, it's like wear and tear on cars: all you need is good maintenance."

In Sergiev Posad, about a hundred kilometres from Skolkovo, there are people who carry out maintenance on bodies that are now lifeless. At least apparently. It's called cryopreservation and consists of immersing corpses in liquid nitrogen at -196 degrees. With the hope of bringing them back to life when technology permits. "There are twelve bodies and a few heads in these containers," explains Alexey Samykin of the KrioRus company, "but over two thousand people worldwide have chosen to cryopreserve." The costs? For the body 36,000 dollars, 15,000 for the head.

So what has changed since the days of Egyptian mummies, the elixir of life, or the fountain of youth in Lucas Cranach the Elder's famous painting? Perhaps I can find the answer on the first floor of a beige building in South Kensington, at the Science Museum in London, where an entire section is dedicated to the dream that is becoming reality: slowing down (or reversing) the ageing process thanks to biology, medicine, nanotechnology, artificial intelligence. And genetics. "In 2003, to sequence DNA -explains Andrew Trehearne, head of communications at the UK Biobank- it took man 13 years and invested a huge amount of money: a billion dollars. Today, it only takes a day and a few hundred dollars to achieve the same result. Who knows what we will be able to do in 20 years' time." 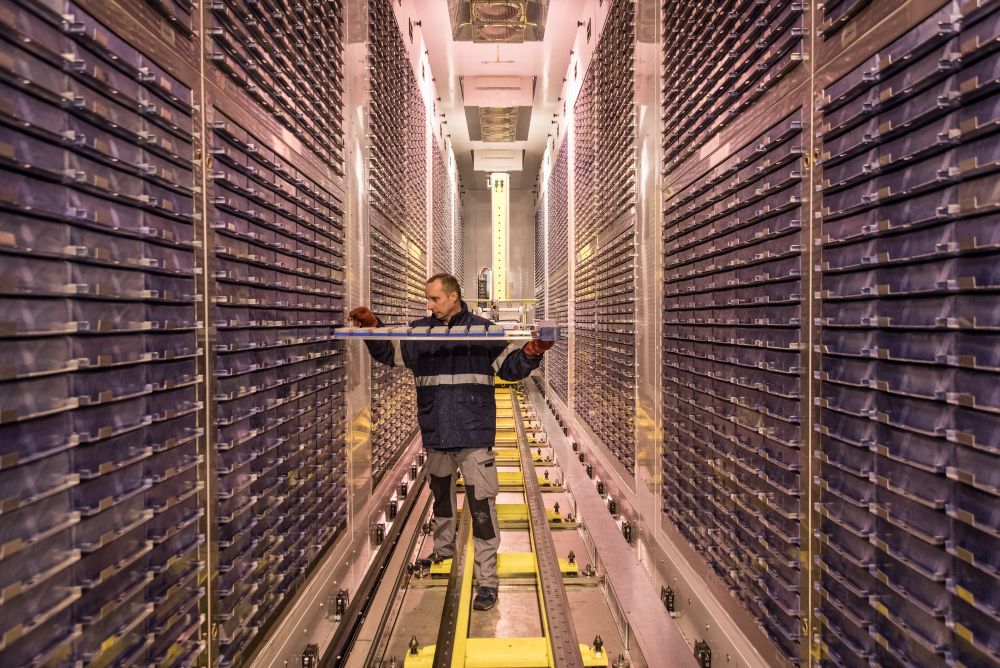 The Gemäldegalerie in Berlin exhibits the famous painting 'The Fountain of Youth' painted in 1546 by Lucas Cranach the Elder: it shows elderly women bathing in a pool of water and magically emerging as adolescents. I ask Francesco Neri if this is exactly what they are looking for at the Leibniz Institute on Aging in Jena, Germany. "Not really. Here we try to increase what is called the health span, the quality of life, rather than the life span, the length of life," replies the Tuscan, who works in the German centre on the epigenetics of ageing. "In simple terms, we are trying to ensure that more and more people reach the age of one hundred in good health, rather than just a few reaching two hundred. All the research is converging in this direction, from personalised medicine to the revolutionary Crispr technology for modifying DNA, from the study of chromosome telomeres to reprogrammable stem cells, which in the future will allow us to make any part of our bodies younger. Yes, in fact Lucas Cranach with his painting perhaps only anticipated what would happen five centuries later."

As in many other centres around the world, the Leibniz Institute in Jena is studying ageing by experimenting on animals with unique characteristics. Zebrafish, for example, which 'have a high regenerative capacity and a DNA very similar to ours', or certain incredible worms called planaria: if cut into 279 parts ('this is the maximum number', the researchers explain), each of these parts – full of stem cells – is able to regenerate and transform itself into a complete new individual exactly like the original one.

All the biggest digital companies – from Facebook to Google, from Amazon to Pay Pal – have been investing in the business of longevity for years. Here around San Francisco are the creative and visionary minds, here are the multi-million dollar investors – the incubator Ycombinator, the Longevity Found of the young Laura Deming – and here are the centres of excellence where research is done, such as the renowned Buck Institute for Research on Aging. "But if you hear the word immortality, run away!" says Eric Verdin, CEO of the Buck Institute, bluntly denying those who foresee sensational discoveries in the near future. "Certainly, we are working to significantly improve the quality of human life, but according to research to date, the only two anti-aging drugs that are absolutely certain are what we eat and regular exercise."

Of course, some of them are trying in "bizarre" ways. There are those who are working on mind-uploading (the science fiction idea that our minds can be downloaded and "transplanted" elsewhere), there are those who make pills from faeces (faecal bacteriotherapy on mice has worked) and there are those who sell transfusions of blood taken from minors: it has been shown to be good for animals – the scientists explain to me – but there are no clinical trials on humans. Many others, on the other hand, are fighting old age on a scientific basis and with a solid track record. Such as a group of brilliant minds that gravitates around Stanford University and has been studying senescent cells, the so-called "zombie cells", for years.

They are Italian Maddalena Adorno and Benedetta di Robilant, founders of the startup Dorian Therapeutics, and Marco Quarta, also Italian and a pupil of Thomas Rando, a true Californian luminary in the study of aging. "Ageing is at the root of disease. If we remove the causes – Quarta explains – we will eliminate the main factors that lead to degenerative diseases and the accumulation of senescent cells. We have noticed that if we remove these cells in elderly mice, they become younger: cataracts disappear, hair grows back, muscles regenerate and the probability of developing cancer decreases." Marco Quarta is optimistic and ambitious, and knows that his studies could be revolutionary. "Our first goal is to eliminate senescent cells in humans. And we want to do it quickly, to develop a usable therapy in a few years." After all, we are in Silicon Valley, and there is no time to lose: perhaps the pill of immortality really is just around the corner. 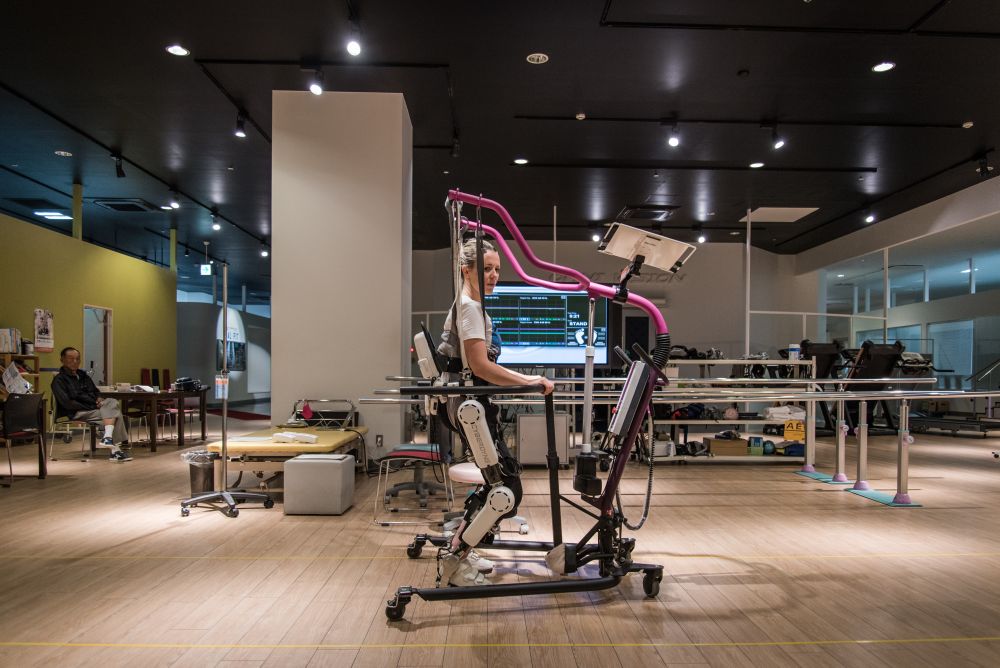 Seemingly impossible medical acts are slowly being realized through the aid of technology, such as using exoskeleton to assist those who have physical impairments.