Virus of the Future: On the African Trail

Virus of the Future: On the African Trail

In recent years, major diseases such as SARS, MERS, Ebola and the on-going COVID-19 pandemic all have one thing in common: they are transmitted to humans by animals. In a bid to prevent future outbreaks, "virus hunters" venture into the wilds to find pathogens before they find us. 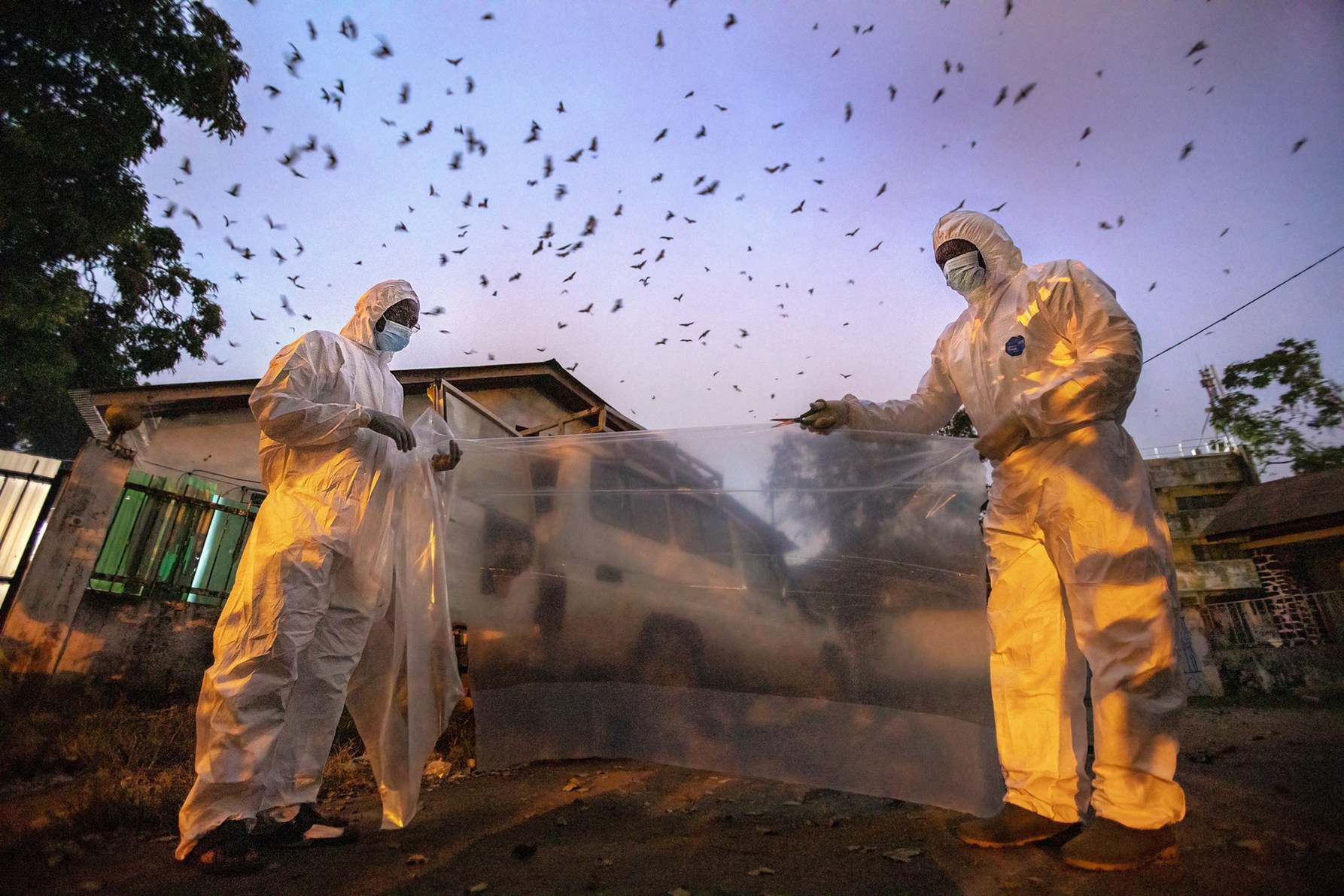 In the wee hours, researchers are trapping bats that are leaving their nests to collect valuable samples.

The four technicians, battered by the broken laterite track, look out at the thick forest through the dusty windows of the 4×4. This is not the first time that the Cremer (Center for Research on Emerging and Re-Emerging Diseases) team has surveyed this remote region of Cameroon. From 2005 to 2015, they were already scouring the southern borders of the country, not far from here, in search of the origins of AIDS. Today, the purpose of their investigation is to better understand the transmission of pathogens from wildlife to humans, with a specific goal: to alert in case of appearance of suspect virus and to prevent the triggering of new pandemics…

When dusk falls on the village, a strange roar escapes from the forest that surrounds it. Clouds of winged shadows streak across the blue-night sky. Bats: these are the ones that Innocent, Aimé, Joseph and Thomas have come to find in this moist and dusty corner of southern Cameroon, near the small town of Bipindi.

"Yesterday, we had flushed out 90 frugivorous rhinolophids in caves in the sacred mountain overlooking the forest," reports Innocent, the meticulous team leader, as he carefully places the night's catch in a jute bag. "By adding these, we increase our chances of making great discoveries in the lab…" Conducted in partnership with the Institute of Research for Development (IRD) based in Montpellier (France) as part of a european research project, this mission aims to unravel the mysteries of coronaviruses but also other pathogens like filoviruses that cause Ebola. As varied as they are, in their symptoms as in their impact, the major contemporary pandemics (H1N1, Mers, SARS, Marburg, Ebola…) have in common that they are transmitted to humans by animals.

According to the U.S. Department of Health and Human Services, these "zoonotic" diseases account for 75% of emerging infectious diseases. Their frequency is constantly increasing. The latest report of the International Platform for Biodiversity Research (IPBES), published in October 2020, details that animals are the receptacle of 1.7 million undiscovered viruses, of which between 540,000 and 850,000 are potentially dangerous for humans.

"Documenting the passage of pathogens from wildlife to humans is fundamental to better understand pandemics and to be able to anticipate them in the future," explains Martine Peeters, a world-renowned virologist and director of research at the IRD. She is the one who sent the four Cremer technicians to Bipindi. This project, initiated in 2016, has already made it possible to study 11,000 specimens. "In bats, we find many filoviruses (Ebola), and at least 200 different coronaviruses. Seven of them have already been transmitted to humans, three of which cause serious diseases," says the scientist. 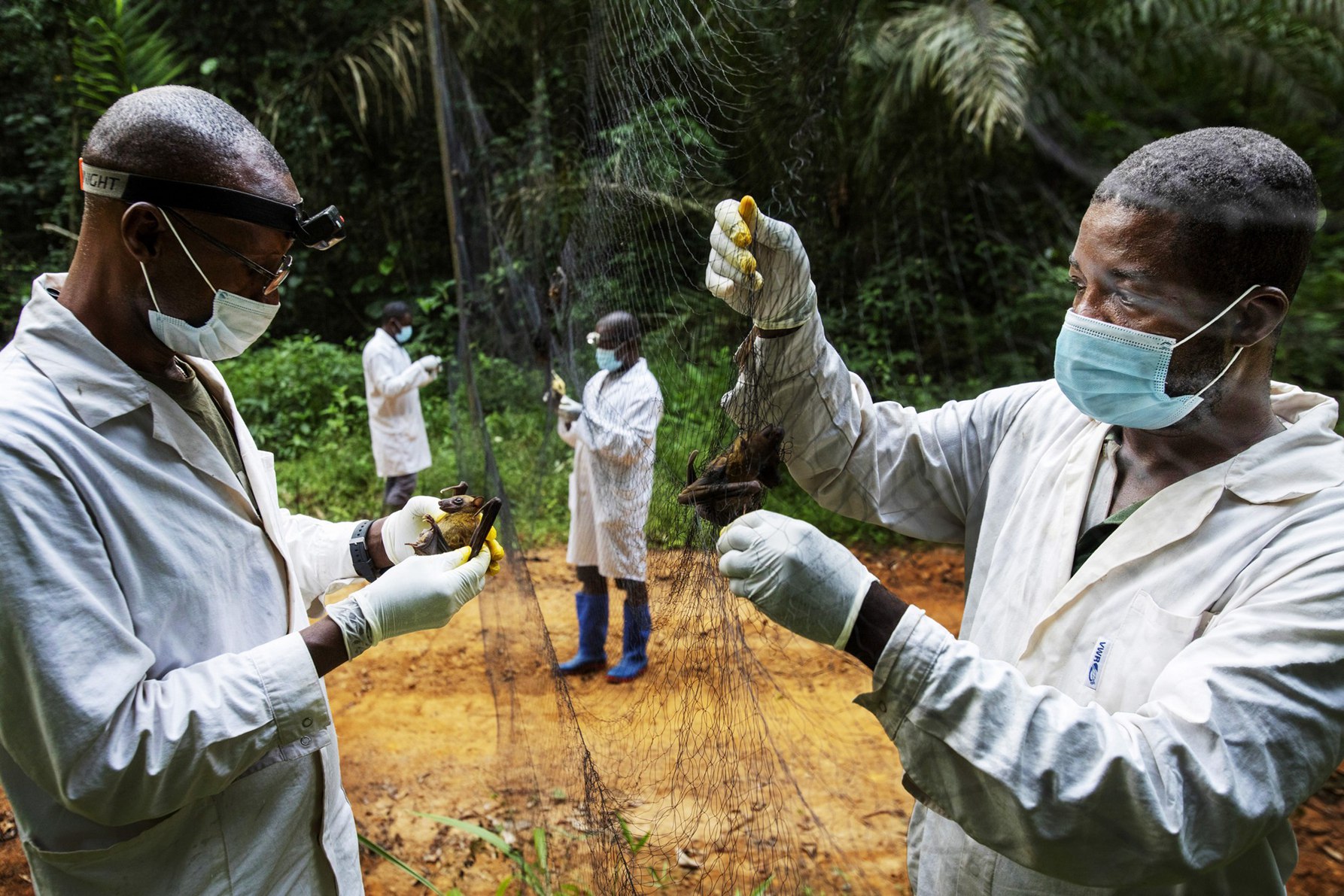 These "virus hunters" set their traps every month to collect evidence of the presence of pathogens that can be transmitted from chiropterans to humans.

It's not yet 10 a.m. and the sun is already scorching the tall grass and making your head spin. The four investigators set up their bush laboratory: a simple folding table with surgical instruments and airtight garbage bags.

Protected by white coveralls, the Cremer technicians begin taking samples. His forehead beaded with sweat behind his foggy glasses, Innocent meticulously collects saliva, hair, feces, and then a few drops of blood. Then the bats are released. The experience is repeated the following night, for a week. Labeled, listed, classified, the samples will be brought back at the end of the mission to the Cremer laboratories in Yaoundé, so that the viruses can be identified. Bipindi's findings will complete the growing library of infectious agents (about 2000 to date) available to researchers studying animal-to-human transmission.

Virologist Antoine Gessain, director of research at the Pasteur Institute, is studying the "risk factors" for transmission from NHP (Non human primates) to humans. "It is essentially contact with an "infecting biological fluid" (blood, saliva, excrement…), he explains, for example through a bite or the preparation of bushmeat."

The mission of the team from Cremer, continues in the forest, on the border with Equatorial Guinea. They are now tracking apes, gorillas and chimpanzees, in Campo Ma'an National Park. "Sometimes, we can follow their tracks for two weeks and only bring back about fifteen samples", concedes Martine Peeters. These are non-invasive samples: it is their droppings that the technicians are looking for.

On the outskirts of Campo Ma'an Park, the four Cremer technicians cross paths with a hunter. Wearing a red "Indomptable Lions" soccer jersey under a military jacket, the man is busy quartering the black-backed duiker he killed last night. By cutting up the bloody beast, without any protection, he exposes himself to the risk of transmission – this small antelope is suspected of being a reservoir for certain filoviruses.

Unwilling to discuss his activity, he says: "The nearest market is 40 km away. I hope to have time to go there while the meat is still fresh. If not, I will smoke it." There is no shortage of bushmeat restaurants in the region. Bushmeat is still in great demand. He will sell his duiker for the equivalent of 15 to 20 euros, a substantial sum for a villager.

But the fight against zoonoses should not be limited to the interface between humans and animals. Certain human activities and transportation facilitate the movement of people and consequently the transmission and spread of viruses to the world's megacities. "Health must be thought of as a whole. This is the 'One health' concept, a paradigm that combines human and animal health, as well as environmental protection," says Sophie Muset of the World Organisation for Animal Health (OIE). "Deforestation and the construction of new roads facilitate the movement of people and accelerate the spread of viruses, from isolated forests to connected metropolises."

Innocent, Aimé, Joseph and Thomas return to Yaoundé in their 4×4 filled with samples. Back in the capital, they knocked on the door of a wealthy house surrounded by a vast garden with two luxuriant mango trees. The senior civil servant who opens the door gives them free access to the park of his official residence. At nightfall, the quartet traps some of the thousands of bats that live in the two trees. New samples, of urban origin this time, complete their collection. 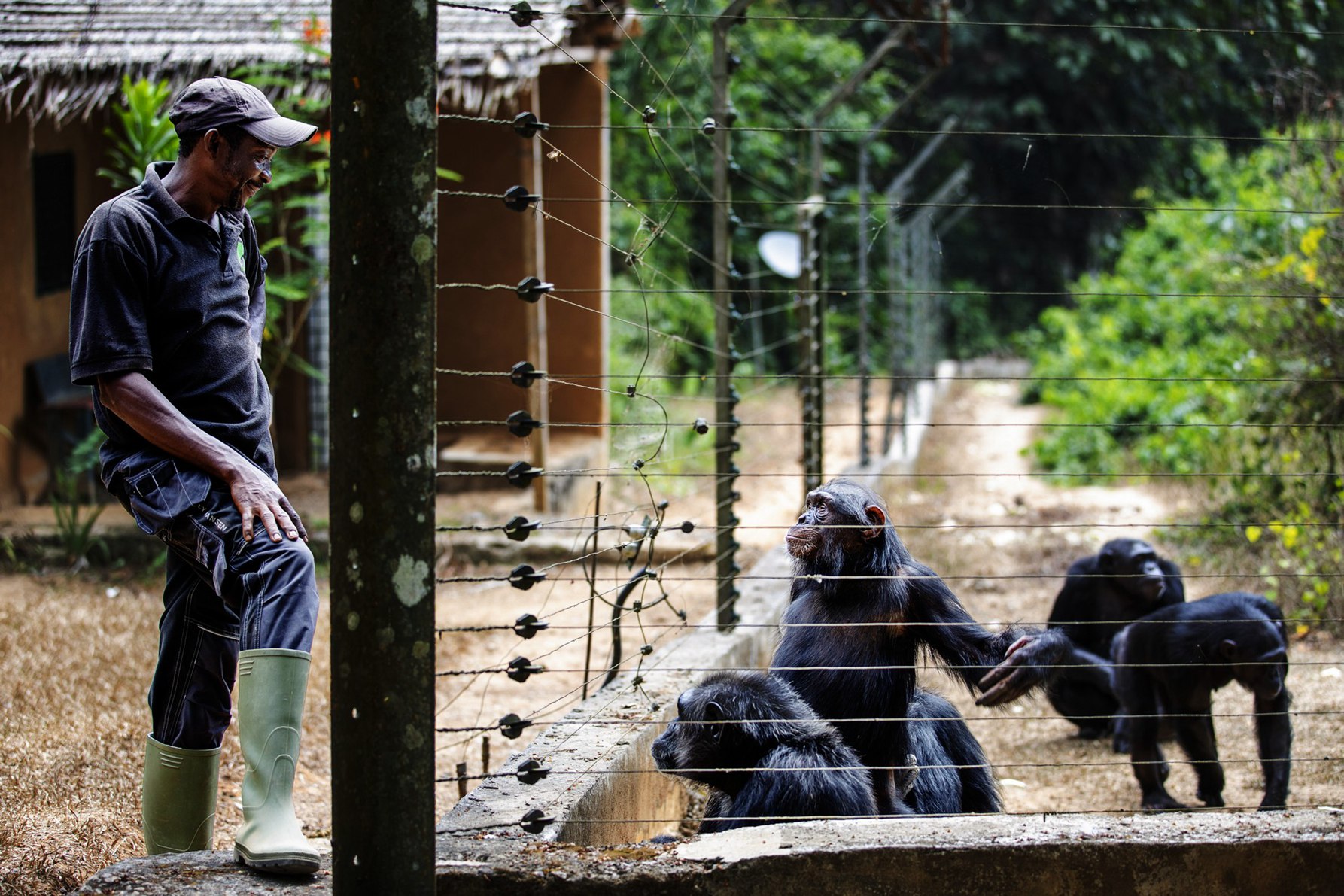 Virus "reservoir" species include those whose genetic map is largely compatible with the human species, and whose direct contact with humans is increasing. It includes insects and rodents as well as great apes and bats.