The Sami of Finland: Surviving the Extreme North

The Sami of Finland: Surviving the Extreme North

A battle is raging in Lapland over plans to build a railway that will open up Europe's last great wilderness for mining and logging. Can the Sami people protect their ancient way of life? 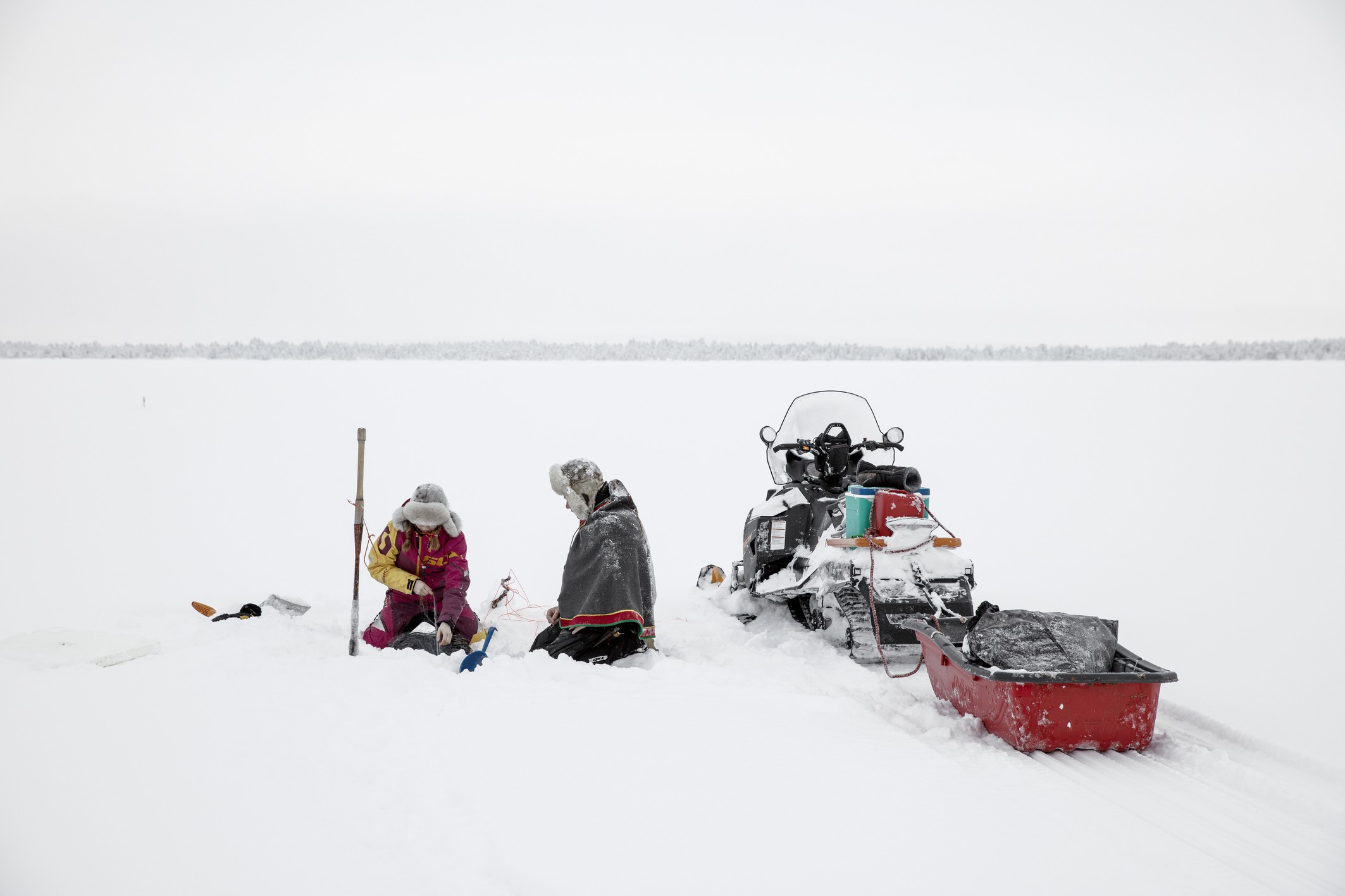 Fish is a staple in the Sami diet. In the middle of Lake Inari, Jussa Seurujärvi is learning the art of ice fishing from his father.

A delicate dusting of snowflakes has fallen in the night, a pristine layer of gleaming crystals resting on the thick sheet of snow and ice. Jussa Seurujärvi, 22, momentarily stops helping his father, 51, and sister, 16, pull up fishing nets from holes in the ice to take in the long, slow Arctic sunrise, which glows with pastel strokes of yellows, purples and pinks. His brow furrows slightly and he says with a gentle determination: "I want to continue living from this land just as my ancestors have done for hundreds and hundreds of years. This is a way of life for us – it is not just a job."

This is the scared heart of the Sami homeland in the upper reaches of Finnish Lapland. It is a largely pristine landscape of forests, marshes, scree-covered fells and deep, clean lakes. Often described as Europe's last great wilderness, it is also home to lynxes, brown bears, wolverines and golden eagles. Thousands of tourists come every year to enjoy the unspoiled nature and marvel at wonders such as the northern lights; more than 100,000 foreign visitors, including 22,000 British tourists, passed through the region's capital, Rovaniemi, in December 2017.

Yet climate scientists and locals warn the region is under threat like never before from powerful global political and economic forces keen to exploit its plentiful natural resources and open up lucrative Arctic shipping routes to Asia. The Sami – who have inhabited these harsh northern latitudes since the last ice age and are the only indigenous people in the EU – fear that proposals to build a several billion euro railway to the EU's first Arctic port, in Norway, will provide mining and logging companies with the infrastructure they need to venture ever further into the wilder, untouched parts of Lapland. 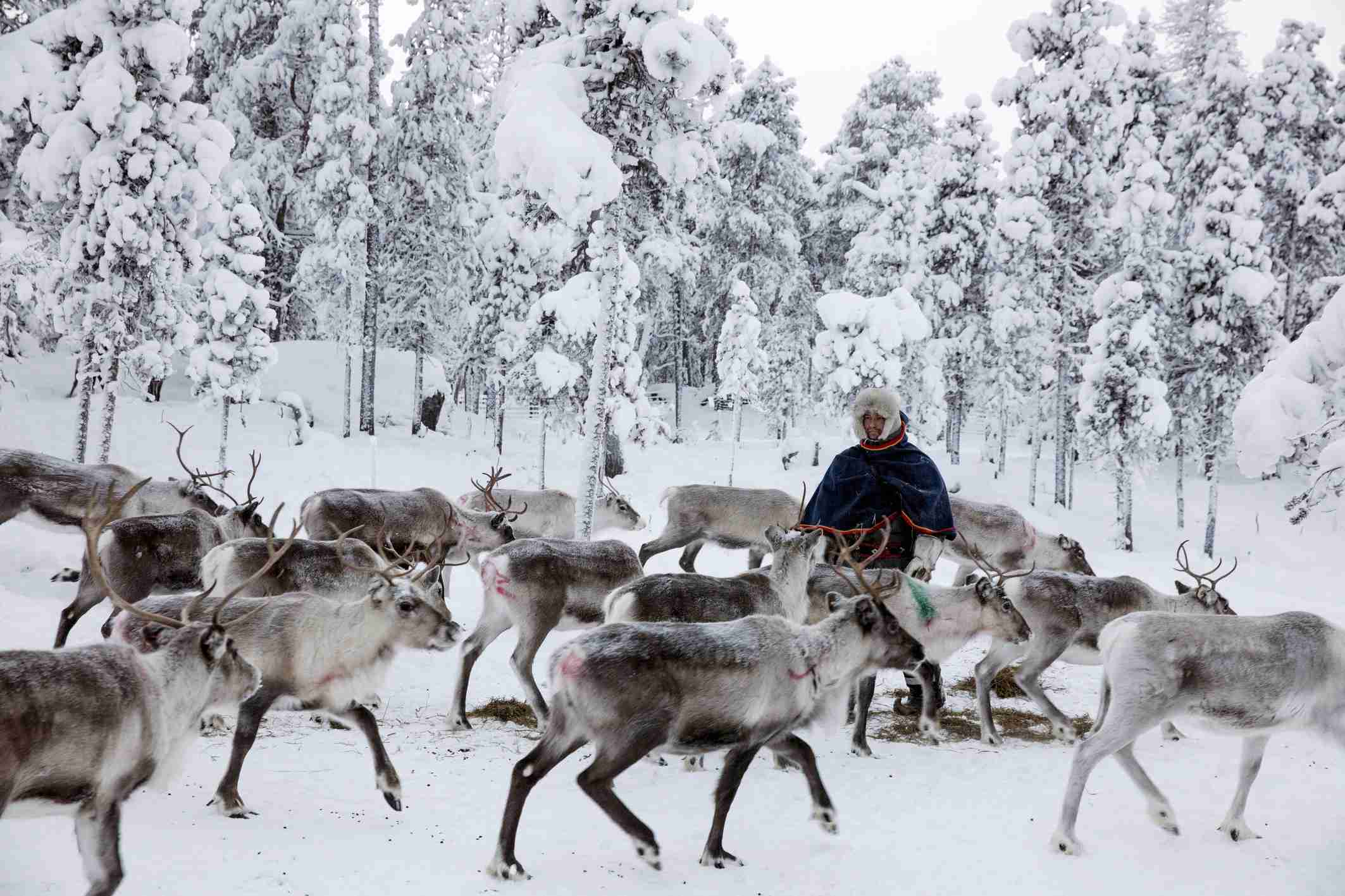 Reindeers are revered in Sami culture because every part of them can be used. However, the government's preferred route for the railway would pass between lands the Sami use for reindeer herding. If the railway is unfenced, accidents with trains could also decimate the herds.

There are also fears the project will endanger Lapland's delicate ecosystems, which are crucial to the fight against runaway climate change. Climate scientists who has been studying the Arctic region of the Nordic countries say ecologically pristine parts of northern Lapland will be completely transformed by the railway. "These areas are providing us with climate security. They are the lungs of Europe and the carbon sinks for the future."

There appears to be plenty of support for the railway in southern Lapland, perhaps because some locals believe it will bring more industrial jobs to an area that in the past has suffered from high unemployment. The small town of Sodankylä, which is on the proposed route, is experiencing a mining boom, with a 6.7% unemployment rate – the lowest in Lapland. An hour or so outside the town's busy centre lies the biggest mine in Finland: Kevitsa. This vast open-cast pit which is owned by a Swedish mining firm employs mainly local people, along with 250 contractors. In an almost impenetrable blizzard of snow, giant yellow trucks trundle up and down a spiral of steep dirt roads towards the bottom of the blast-scarred pit 400 metres below ground level. Every year the trucks remove 45m tonnes of waste rock and ore. The extracted copper, nickel and gold is then sold on European metal markets, with some of the rarer metals ending up in China. 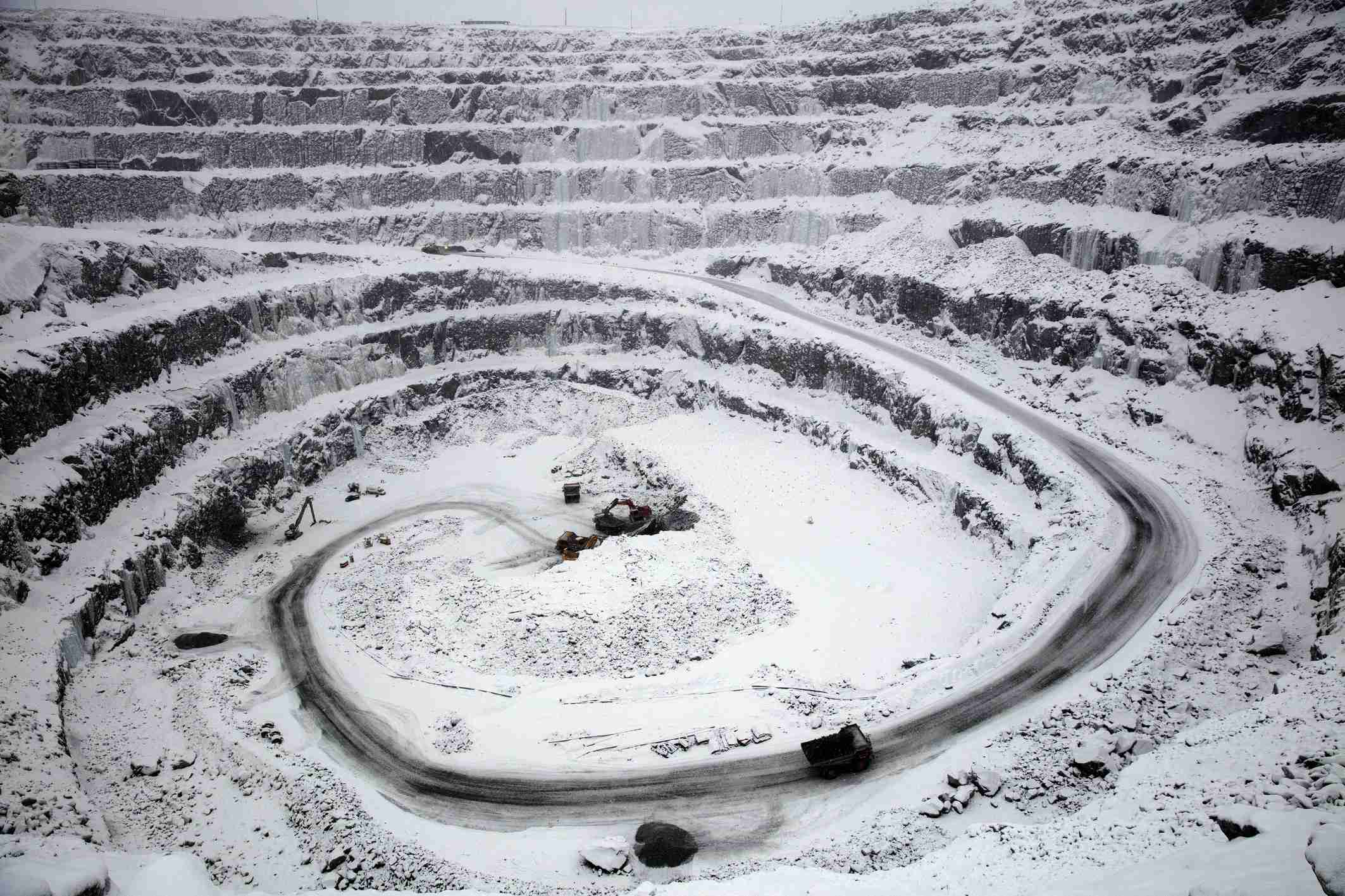 As the biggest mine in Finland, Kevitsa provides many job opportunities. However, is the economic gain worth the risk of environmental destruction?

Indeed, the project is predicated on rising global temperatures. This Arctic railway won't be built if climate change is stopped – but in the worst-case scenario then we might be able to build it when the ice melts. The regional council does not include any representatives from the Sami parliament, but the governor insists they do not have anything to fear from the railway. "The Sami culture has survived even though roads have been there. This is another road – except it goes a long way in tunnels," he says. He adds the council opposes mining in the Sami homeland, although he admits it does not issue the mining permits: "We made a decision at the regional level, we don't want any mines in the Sami home area."

Back on the darkening shores of Lake Inari, the political machinations of the regional capital seem very far away. The Sami state reindeer herding has been the main dream, the future children must have the chance to live the Sami way.