A Life Turned Around

A Life Turned Around 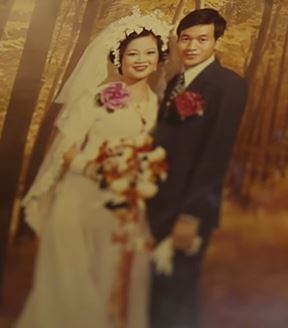 After getting married, Zheng went through various different jobs and fell into the habit of drinking, smoking, and staying up all night with friends. (Photo from Da Ai TV)

"Don't you dare speak ill of me behind my back!" yelled Zheng Long-shan (鄭龍山) at his wife. He was about to strike her when his hand crashed into the fish tank. The water drained in no time as blood gushed from his hand, cut open by a broken piece of glass.

Impatient and ill-tempered, whenever Zheng didn't get his way or when his wife complained about his drinking, smoking or gambling, he'd shout at her, telling her to shut up. If she kept protesting, he would even hit her right off the bat. For years, his wife Hou Xiu-qin (侯秀琴) bore his violence and suffered in silence.

He was not always like this, though, she recalled. "When he was a staff at an electronics company, he was very gentle and amiable. But when he later went to work at an iron factory, he started to curse, drink, smoke, and chew betel nuts. He became ill-tempered and easily irritated."

As the years went by, the bad habits crept up on Zheng until one day, the doctor told him that he had stage four oral cancer. After the initial shock and disbelief, Zheng decided to receive a series of treatment, including chemotherapy and radiotherapy as well as four surgeries to remove the tumor from his gums. 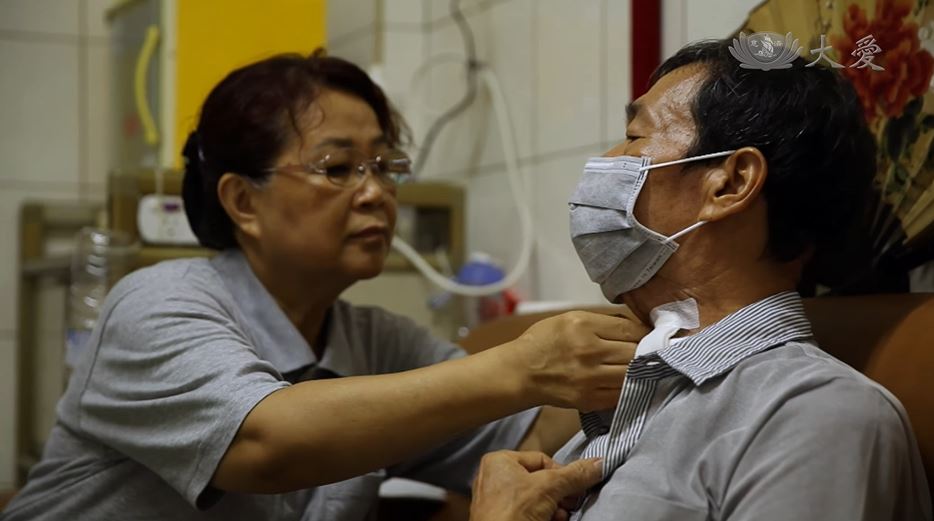 Throughout the treatment, Zheng suffered from nausea, loss of hair and weight, and the pain of nasogastric tube feeding. Moreover, he could no longer speak clearly again. The cancer had brought him down to a low point in his life.

Lying in bed ill and depressed, Zheng couldn't do much apart from ruminating and watching TV. Inspired by a drama series and talks by Dharma Master Cheng Yen (證嚴上人) on Da Ai TV, Zheng reflected on his own life and came to realize that he had wasted so much of his life. Regretting his past mistakes, he decided to change his ways and start anew. 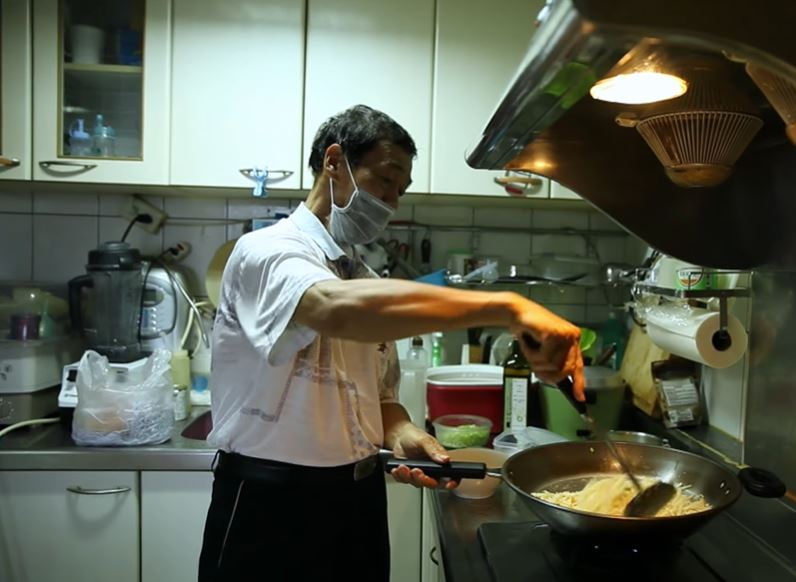 By helping with the housework at home, Zheng has come to appreciate all the hard work his wife had done over the years. (Photo from Da Ai TV)

Not only did Zheng quit smoking, drinking and chewing betel nuts, but he also changed his bad temper. He started to cherish his wife, who stayed by his side throughout the years and had been taking care of him since he fell ill.

Before he was diagnosed with cancer, Zheng always put his friends before his family. "I took my wife for granted, not seeing that she was a keeper," mumbled Zheng in a low and soft voice, muffled by the mask on his mouth to cover his surgery scars. "I now see how hard it was for her to take care of our family." Now, Zheng not only helps his wife with the cooking and laundry at home, but also volunteers with her in Tzu Chi's recycling work. 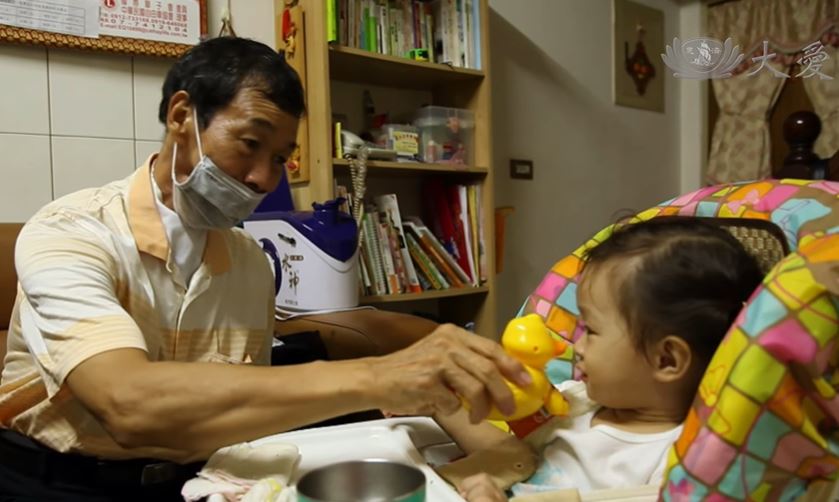 "He has changed so much," said Hou. After all the years of waiting with great patience, her wish for a peaceful and harmonious family has finally come true.

As the saying goes, "Home is where the heart is." While it took a lot for Zheng to finally realize this, all he wants to do now is to seize time to be with his family, and to also give of himself for the service of others.