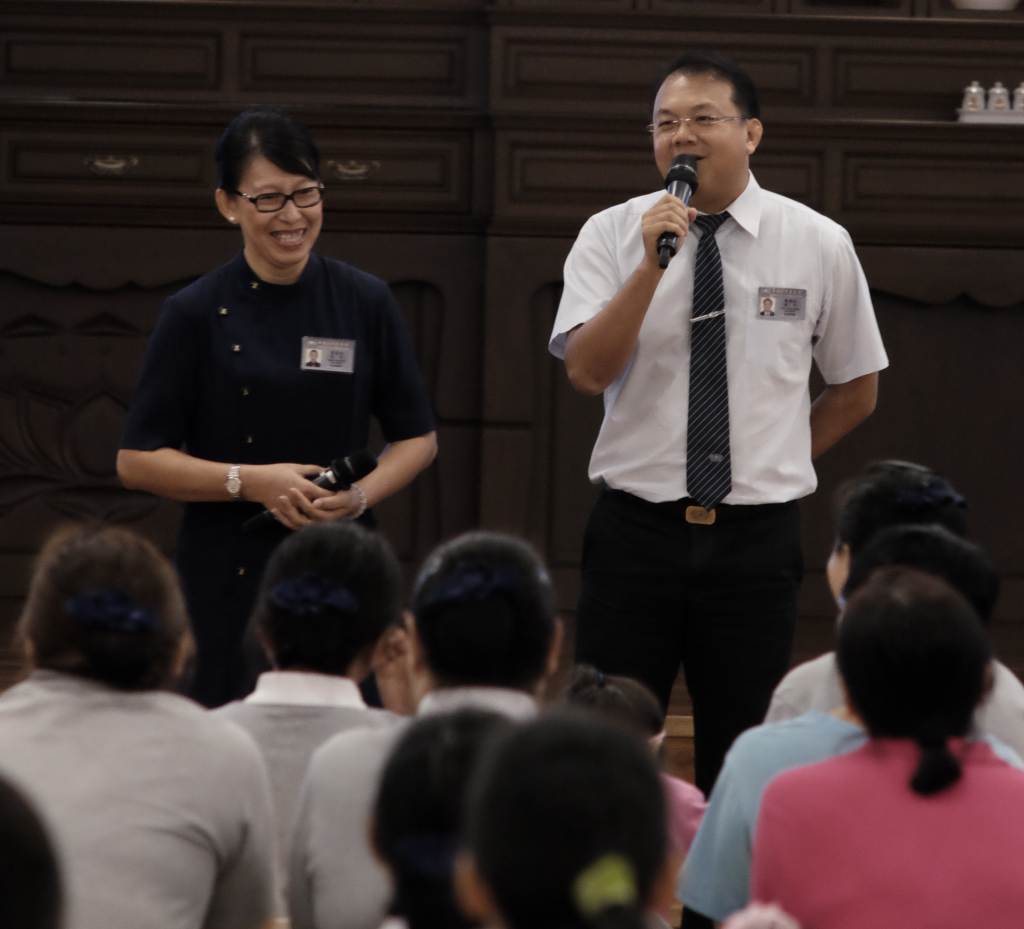 "Back then, when we were eating breakfast together, I was the only one talking at the table," shared Tan Soon Hock (陳順福), husband of Siow Lee Kien (蕭麗娟). Even though Malaysia has a tropical climate, the relationship between Siow and her mother-in-law, Jin Po Yu (阮寶珠), was unbearably cold. From arguments to cold treatments, the two strong-willed women could not get along with each other.

"She had opinions on everything, and always liked to make decisions. I was very stressed out when my mother-in-law first moved in with us. I didn't expect there would be so many changes in my house," said Siow.

On the other hand, Grandma Jin had complaints as well.

"When I first moved in, I wasn't adapting very well and got quite depressed. I didn't know my daughter-in-law very well, and if she didn't smile at me, I'd get upset. To be honest, if she had smiled at me, I'd be very happy. I like to smile and be happy. I don't like people who are sulking all the time," recalled Grandma Jin.

Being stuck in the middle was a nightmare for Tan, and the situation continued for about three months. One day, he received a call from his mother. "I can't take it anymore. I can't live at your house anymore." Grandma Jin actually packed her bags and went to live at her other son's house. A huge fight between Tan and Siow ensued and it almost led to a divorce.

"I had been swallowing all the woes by myself. I felt that I had tried my best to be a good daughter-in-law, but I still failed. When my husband said that he couldn't forgive me, I was so disappointed with myself that I thought about ending my own life," said Siow. 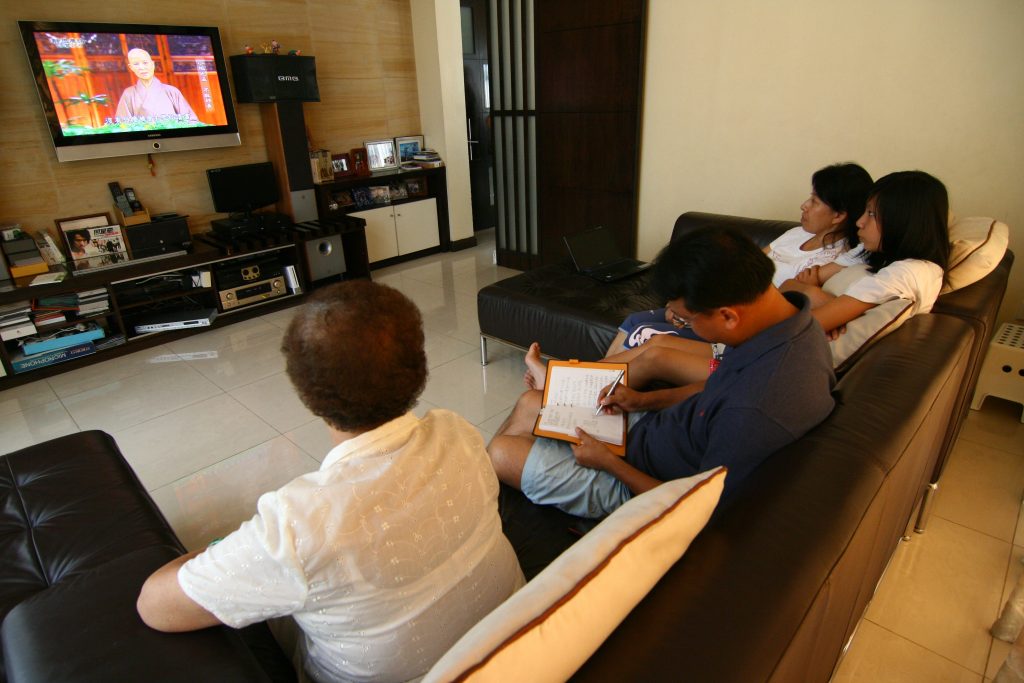 Seeing how the female protagonist in a Da Ai drama fixed her relationship with her mother-in-law, Siow Lee Kien and Grandma Jin reflected on themselves and decided to mend theirs. (Photo by Ho Wen Yee)

The couple managed to bring back Grandma Jin after Siow got down on her knees and asked for forgiveness. Siow decided that she must be the one to take the first step and mend the relationship. In 2008, Tan and Siow got to know Tzu Chi in a blood donation drive and learned about Da Ai TV. Tan then installed the television channel at home, hoping that the programs on Da Ai TV might help break the ice between his loved ones.

"One night, I saw two of them watching television, and both of them were crying. I assumed they had another fight and thought it was the end of the world," laughed Tan. "They were actually watching a drama series on Da Ai TV, and a scene about in-law relationship probably spoke to them."

The next day, Siow made a hot drink for her mother-in-law voluntarily, and her mother-in-law also responded kindly to the thoughtful gesture. Tan was very surprised, but all the more happy to see them warming up to each other. The couple also made an effort to spend more time with Tan's mother. They'd have longer breakfasts together or practice Tai Chi together in the back yard.

"After watching Da Ai TV, I tried my best to be closer to my mother-in-law. I'd chat with her about the things she liked. She'd also help me with various house chores whenever I was busy with Tzu Chi work," shared Siow. "Now it's a house filled with laughter. I feel very blissful." 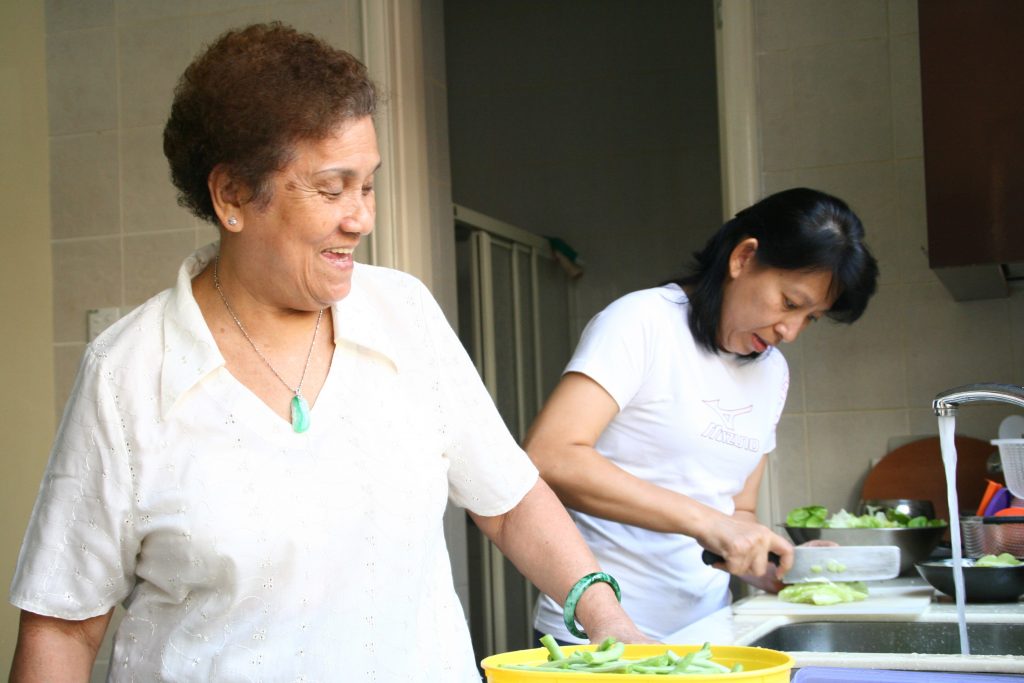 With much more interactions than before, Siow Lee Kien and Grandma Jin no longer bottle up their emotions and can now talk things out in the open. (Photo by Ho Wen Yee)