The Vow of a Lifetime

The Vow of a Lifetime

Zhuang Fu-rong, a Malaysian who runs the printing house that was originally run by his father, is extremely meticulous about the quality of printing in his factory. In the past, he became outraged whenever he noticed the slightest color aberrations. There were even times when he swept the end products off the table in fits of fury when he was not satisfied with them.

One day, just as he was about to scream at an employee in another fit of rage, a copy of the Tzu Chi Monthly on his table caught his eye. Flipping it open, he was impressed by the clear and well-written paragraphs. Soon, he saw Dharma Master Cheng Yen's words, "If it is the right thing to do, we should just do it." These words quickly calmed his originally agitated and furious mind.

In March of 2013, he started to take part in Dharma Master Cheng Yen's morning Dharma talks online. He was in charge of sound control in Tzu Chi's office in Kedah, Malaysia. Each morning, he'd get up at 03:15 and after only a five-minute drive, he'd begin to set up the office and prepare for Master's morning Dharma talks. 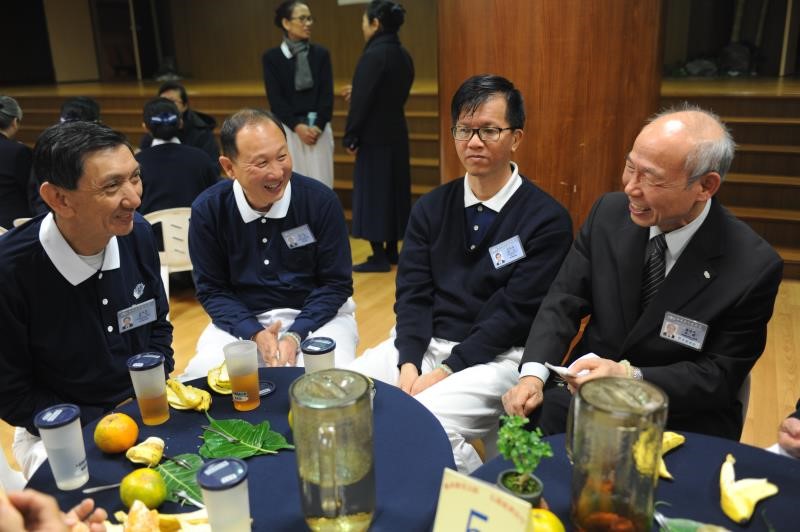 During one of Dharma Master Cheng Yen's Dharma talks, he heard the Master say, "However rare it is for us to be born as humans, we have achieved this. However difficult it is to chance upon the Dharma, we have accomplished this, too." Thinking that such good teachings must be shared with more people, he decided to print out the Master's everyday teachings and distribute them amongst his peers.

Witnessing how many of his peers could not continue along the Tzu Chi path after undergoing two years of training and internship and becoming certified, Zhuang Fu-rong felt that it was a great pity. Therefore, he vowed that after he becomes certified, he would shoulder the Buddha's mission. Although there are still just over ten people attending the Master's morning Dharma talks, which is still a long way to go to reach his goal of 50, he firmly believes that where there's a will, there's a way, and that he should just do the right thing no matter what.