A Light in Darkness

A Light in Darkness 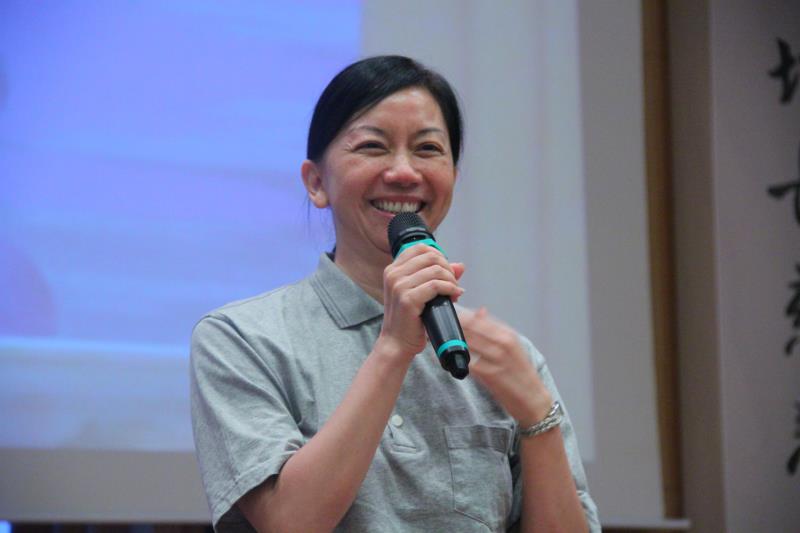 In 2003, Leung Shuk-ming contracted SARS and was hospitalized. While she did eventually recover, the illness and treatments left her with long-term aftereffects. (Photo by Hu Xi)

Leung Shuk-ming (梁淑明) used to live in Tai Po District, Hong Kong. During the 2003 SARS pandemic, her husband contracted the disease and was hospitalized in the Princess Margaret Hospital. Soon after, Leung also contracted SARS and was admitted into the same hospital. Her husband's condition was unstable and he even fell critically ill twice. Unable to see or communicate with her husband, Leung was very worried. All she could do was lie in bed and voice her wishes into the air. "May I recover and leave the hospital so I can take care of our son and daughter."

After receiving treatment, Leung's condition gradually improved. One day, a nurse told her that she was no longer in a critical condition and could be transferred to another hospital. But soon after that, another nurse called and told her that her husband had passed away. Devastated, she cried loudly and sadly and deeply regretted that she couldn't stay by her husband's side when he passed away. 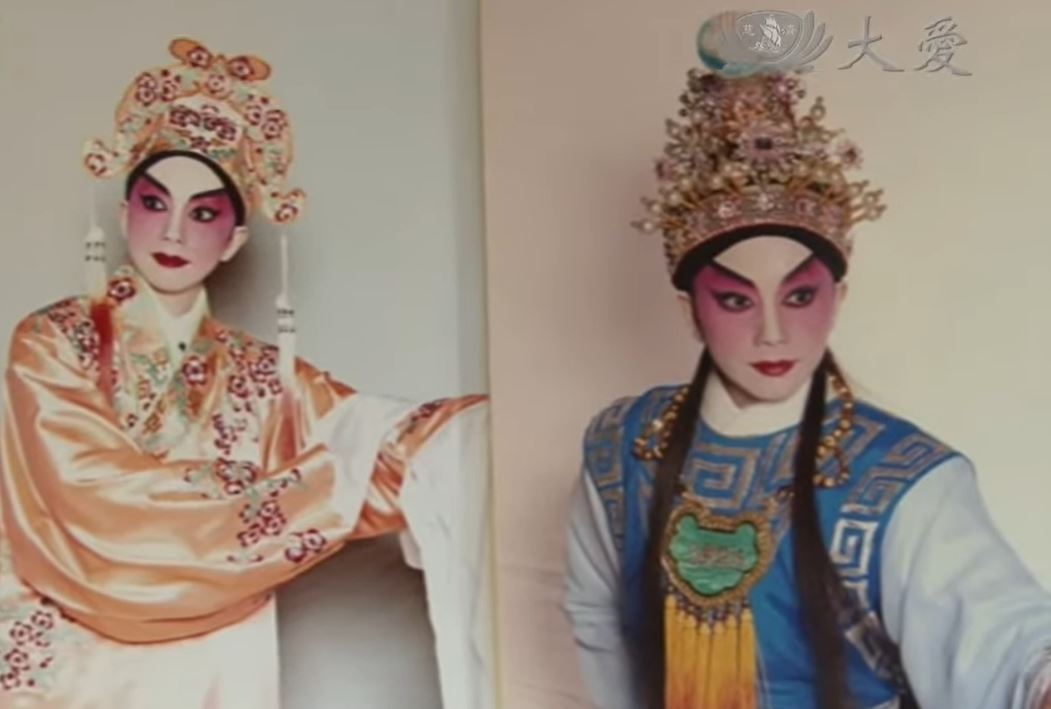 After recovering from SARS, Leung decided to learn Cantonese opera to help her body recover its strength. (Photo from Da Ai TV)

After her husband died, Leung was in great grief. Large amounts of steroid treatments also ruined her health. During those anguished days of physical and emotional torment, she always worried that she'd suddenly die and had even considered ending her own life.

While recovering from her illness, Leung flicked through TV channels and landed on Da Ai TV one day. It was broadcasting a talk from Dharma Master Cheng Yen (證嚴上人). Leung thought to herself at the time: "This Master speaks slowly. It's boring." She then switched to another channel. A few days later, she landed on Da Ai TV again and saw the Master again on the screen. This time, she decided to hear what the Master was talking about. "In this lifetime, we have to face the consequences of what we did in our past lives…" As Leung listened, she felt as if the Master was speaking to her in person. She suddenly burst into tears and let herself cry out loud. Afterwards, she felt better, and ever since, she started to watch Da Ai TV and learned more about Tzu Chi. 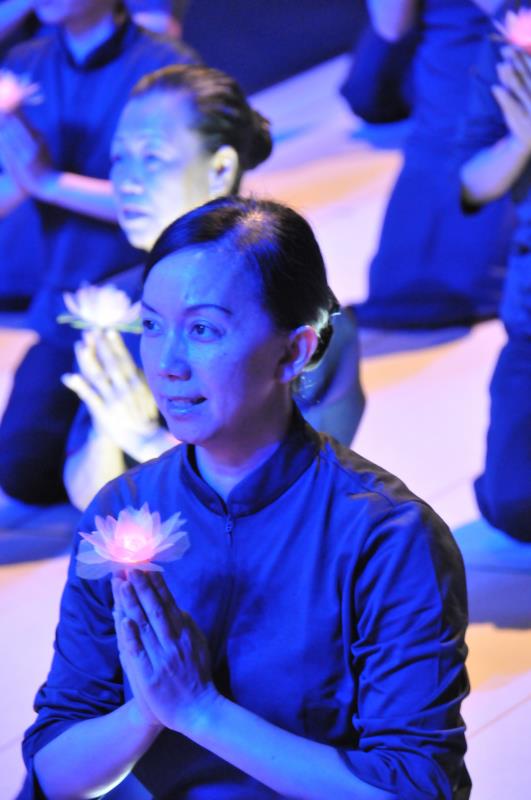 In 2013, Leung took part in the sutra adaptation of the Water Repentance held at the Queen Elizabeth Stadium, a ceremony that was part of a series of events marking twenty years of Tzu Chi's development in Hong Kong. (Photo by Lin Guilin)

Leung later moved to Ma On Shan, and there was a teashop near her house. Whenever she passed by, Leung would have tea and a chat with the owner, who happened to be a Tzu Chi volunteer. This new discovery brought them closer. In 2008, Leung visited the Jing Si Abode in Hualien, Taiwan, which is the spiritual home of Tzu Chi volunteers. There, Leung had the opportunity to see and listen to the Master in person. Deeply moved by the encounter, she decided to become Master's disciple.

Before falling ill, Leung didn't have any religious beliefs. Yet, after the passing of her husband and a decade long of health problems and difficulties, she had slowly come to a spiritual awakening. Recalling the time when her husband had just passed, Leung would look at pictures of him and start to wonder. "Why I was left alive? Why didn't I leave the world with him too?" Now, after going through twists and turns in life, she has found an answer. "Maybe Heaven let me live so I could do something meaningful…I want to cherish the time I have in this world to do as much good as I can."