Tzu Chi volunteer Raymond Liau from Johor Bahru, Malaysia jokes about how Tzu Chi has helped change how he and his wife interact. In the past, he was like a temperamental and grouchy bear while his wife was a tiger. Now, after both joining Tzu Chi, his wife has become a kitten, and he has become a friendly panda. Nowadays, they are usually very soft-spoken and gentle when speaking, and even if they argue, they do so tactfully.
It's hard to imagine that Mr. Liau, who is always cheerful and smiley nowadays, used to be extremely snappish and ill-tempered. Whenever he thinks about his past actions and outbursts of anger, he feels deeply indebted to his family. Even to this day, he still regrets having caused his children so much trauma. 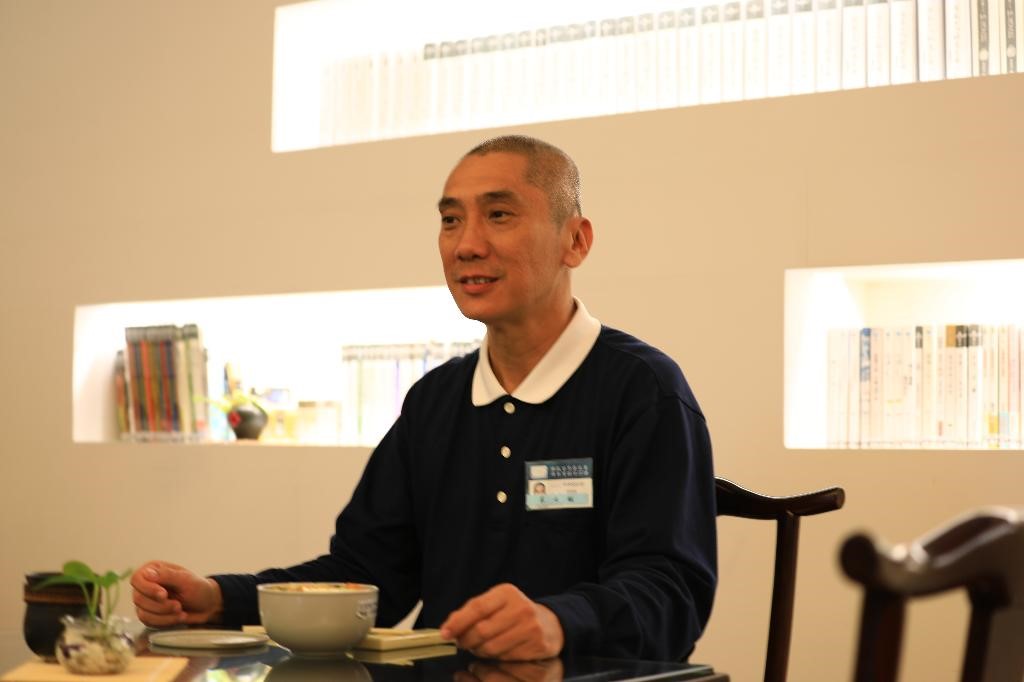 Raymond Liau, who is always seen to be good-natured and cheery nowadays, used to be very grouchy and ill-tempered.

To Mr. Liau, it is a great regret in life to have brought such trauma and pain to his children. To make up for their lost childhood bliss, he now spends as much time as he can with them and cherishes every moment. He confesses that he had hurt his eldest daughter the most. Yet, she is also the child closest to him now. She even thoughtfully volunteered to accompany him to Taiwan to receive his certification. However, such an offer of warmth and kindness from her makes him all the more guilty.

Exactly what made him so ill-tempered in the past? In truth, when his business failed in 2007, he was completely homebound for half a year as he was afraid to see or meet large crowds of people. During that time, he often displayed violent behavior at home. Luckily, he eventually came upon a copy of the Tzu Chi Monthly magazine, which ended up changing his life. When he read an article about recycling, he wondered what the meaning of "solving problems at their sources" was.

Remembering how his father once told him, "No matter how dark it is outside, we will always leave a light on and prepare a warm meal for you when you get home," Mr. Liau realized that the love and care from one's family are the most important in life. With this in mind, he gradually recovered from his insecurity and severe lack of self-esteem. 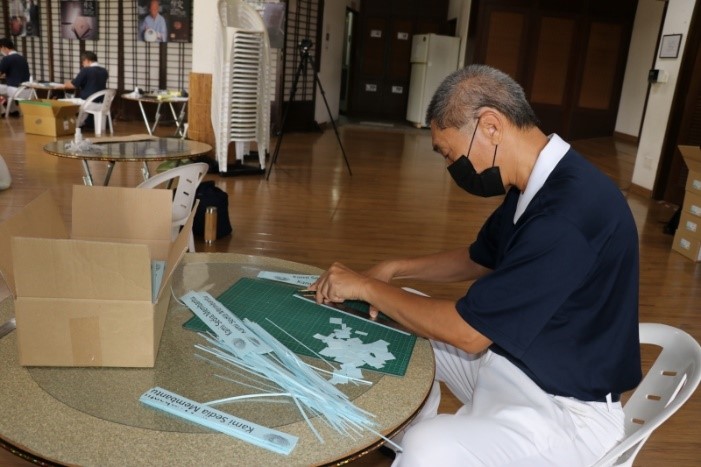 Raymond Liau now focuses on promoting recycling in the community in hopes that more people can be inspired to take part.

Because of that issue of the Tzu Chi Monthly, he was inspired to do recycling work, and eventually decided that it was something he could focus his lifework on. He later learned from a Japanese pioneer of developing effective microorganism products and incorporated recycling into his new project.

He believes that it is important to pass on the concept of recycling through education because doing recycling is contributory to the community. So, he started to promote recycling in schools. During his talks, he reminds students that if the land is polluted, human beings will ultimately suffer.

Once, when he was sharing his experiences with students, nearly all of them were having snacks and weren't paying attention. Yet, this did not diminish his zeal for promoting recycling work. He believes that even if only one out of a hundred students that he speaks to takes his words to heart, he'd still have succeeded in planting a seed of recycling in someone, and he hopes to see that seed flourish one day. 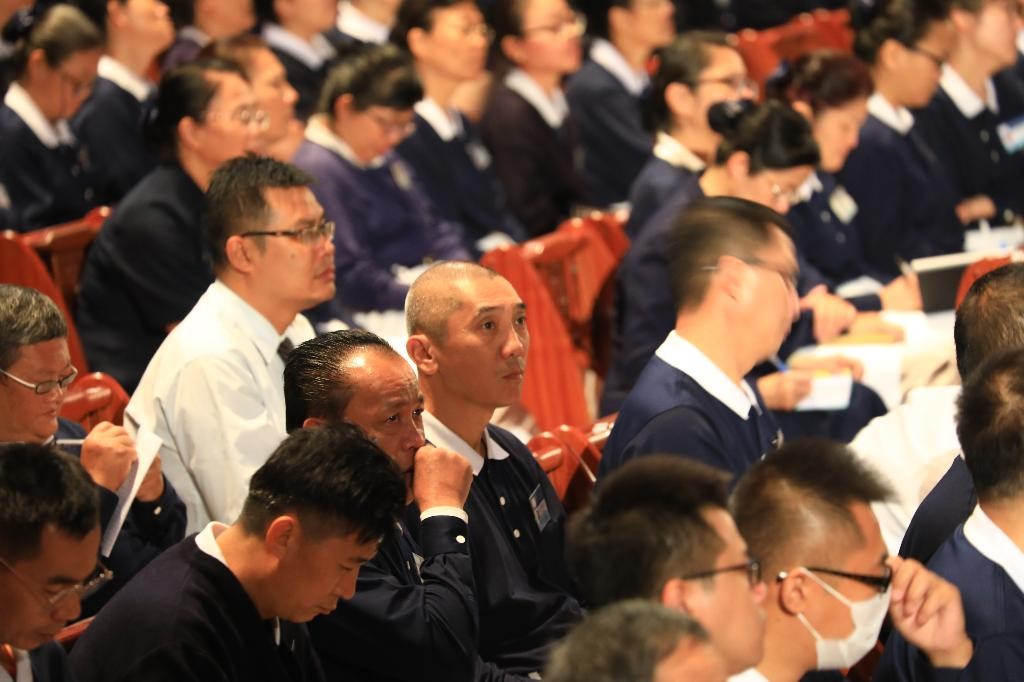 Overcoming the darkest period of his life, Raymond Liau (middle) has now turned his life around for the better through the help of listening to Dharma Master Cheng Yen's teachings.

In 2017, he took part in a training retreat for entrepreneurs in Taiwan. Hearing Dharma Master Cheng Yen say that time was running out, Mr. Liau deeply understood that his efforts in recycling were still not enough and that he had to try even harder to promote it so that more people would join in. He also urged himself to put more effort into caring for those in need through conducting home visitations. He hoped that by bringing care to those in need, he could help them leave the dark corners they were hiding in, just as he had done.

Looking back at how he has changed from someone who once indulged in drinking and smoking during the darkest period of his life to who he has become now, Ray Liau is extremely thankful for having joined Tzu Chi. He and his wife now watch "Life Wisdom" and support each other on the path of spiritual cultivation, turning their past "ignorance" into "wisdom."