A Mozambican Girl Dries Her Books after Cyclone Idai

A Mozambican Girl Dries Her Books after Cyclone Idai

After Tropical Cyclone Idai left its trail of destruction in Africa, a Tzu Chi volunteer from Mozambique, Dino Foi, rode a helicopter to the severely hit city of Beira. For someone who had remained stoic when he suffered significant losses in his business, Dino broke down and cried over a little girl he saw in the disaster area.

On March 23, 2019, Dino stepped onto the muddy grounds of Beira, a city besieged by Cyclone Idai. The residents were slowly emerging from their temporary shelters. Some sat by the rubble, stupefied with a blank expression of abject helplessness. Others tried to restore some semblance of normality back to their lives by fetching water and picking up broken pieces of their damaged possessions… 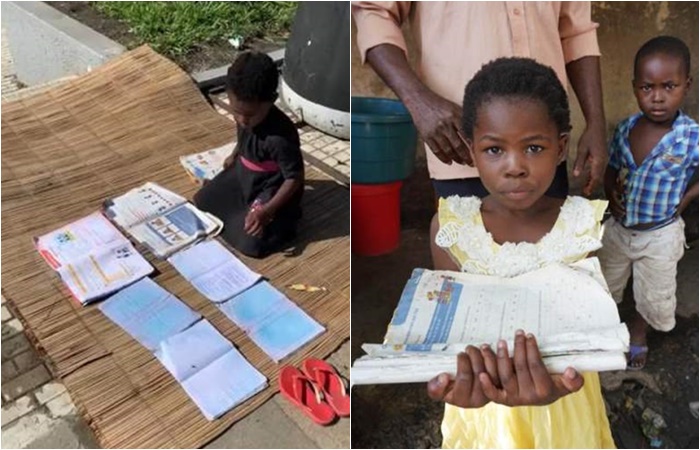 In the aftermath of Cyclone Idai, a little girl took out her soaked textbooks to dry under the sun.

Dino saw a little girl by the roadside, carefully opening her water-soaked textbooks to dry under the sun. Tears streamed uncontrollably down Dino's cheeks as he took a picture of the heart-breaking scene to show it to Dharma Master Cheng Yen at the Abode in Hualien, Taiwan.

Two weeks later, Tzu Chi volunteers from China, Malaysia, Taiwan, and the United States arrived at Mozambique to support local volunteers in distributions for the disaster relief. Dino did not forget the little girl, and returned to find her and her family.

The 8-year-old Rosinha is in second grade in elementary school and is the second child in a family with four children. With their house completely destroyed by the cyclone, Rosinha's family could only rent a tiny space to live, so small that it could hardly fit a standing adult. 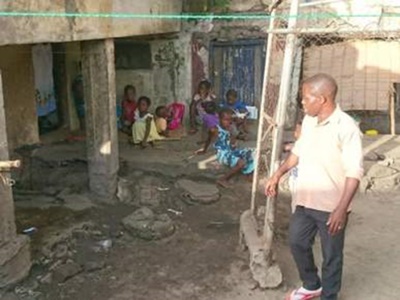 Rosinha’s father said, “The ordinary person worries about not having drinking water, air conditioning, and branded goods. But on the day when everyone was still shell-shocked by the cyclone's devastation, my little girl ventured out immediately when she saw the sun come out. The only thing she wanted to do was to dry her books.”

Volunteer Dino was still very emotional when he told this story of the little girl. He said he had not cried in twenty years, but seeing Rosinha, he was heartbroken to tears. He deeply grieved that a young child like her had to experience such a misfortune, but was also utterly moved by her bravery and determination to recover from it. When Dino personally handed Tzu Chi's blankets and foldable beds to Rosinha’s family, he wished that they could quickly recover from the disaster and that Rosinha could also return to school soon.