By Chen Yi-qian(陳誼謙)
Abridged and translated by
Rosalind Chang(張薰云)
March 20, 2019 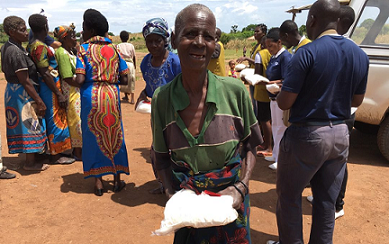 In March, the storm made landfall in Mozambique twice, causing widespread flooding in many countries in southeast Africa. The Emergency Response Coordination Centre (ERCC) predicted on March 19 that the number of fatalities and the damages caused are expected to continue to rise. 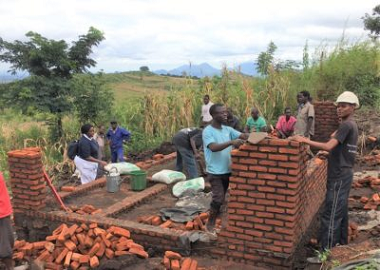 Tzu Chi volunteers from South Africa helped the affected locals rebuild their houses with bricks and cement so the new houses can withstand bad weather.

When Cyclone Idai was still a tropical disturbance back in early March, it brought heavy downpours to Malawi and caused severe flooding. Local Tzu Chi volunteers in Malawi started to survey the disaster areas on March 11. To join them with relief work, a team of Tzu Chi volunteers from South Africa travelled about 2,400 km to Malawi. Although bad weather and muddy roads made their journey rather difficult, they were still determined to carry out disaster relief.

Tzu Chi volunteers headed for Ching’ombe, a town near Blantyre, the capital of Malawi's Southern Region. There, they gave out cornmeal and helped rebuild houses for the affected locals. As the houses in Malawi are usually made of mud, they are at risk of collapsing whenever downpours occur. Therefore, Tzu Chi volunteers helped rebuild houses by using bricks and cement. Apart from a few professional builders who were hired for the task, all the others who joined in on the efforts were locals who did it of their own accord. 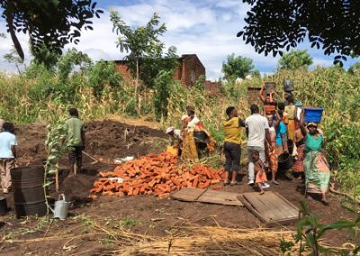 Women and young children helped out by carrying water, sand and bricks.

When locals learned that Tzu Chi volunteers from South Africa went out of their way and travelled 2,400 km to Malawi just to help them, they brought tools with them to help with carrying water, sand and bricks. Women brought pots and pans from home to cook meals for the near-hundred volunteers who have joined in on the rebuilding of houses. Women carrying children on their backs and young children alike joined in on carrying the bricks, doing what they can to help out.

Tzu Chi Foundation expresses that the long-term love and care their volunteers in Africa have been giving to the locals has inspired them to give with love too. The foundation will continue to pay close attention to the situation and the needs of the disaster areas, and try to help those in need in any way possible.