Pangolins on the Edge of Extinction: A Victim Designated Guilty

Pangolins on the Edge of Extinction: A Victim Designated Guilty

Pangolin, a shy and gentle creature, is one of the most trafficked animals in the world as it is seen as a luxurious delicacy with medicinal properties. Moreover, some scientists believed that it is one of the carriers of the COVID-19 virus that has swept the world of late, though no concrete evidence was found. 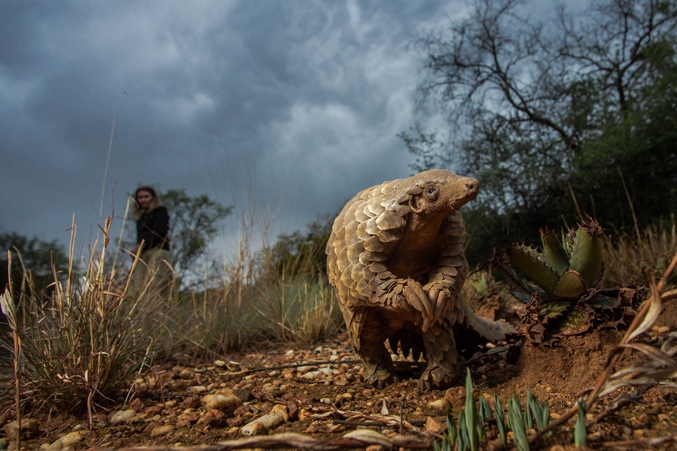 Pangolin, a shy and gentle creature, is one of the most trafficked animals in the world as it is seen as a luxurious delicacy with medicinal properties. Moreover, some scientists believed that it is one of the carriers of the COVID-19 virus that has swept the world of late, though no concrete evidence was found.

They are elusive creatures, seldom seen, sometimes known as scaly anteaters. Pangolins are nocturnal, and their diet consists of mainly ants and termites, which they capture using their long tongues. They tend to be solitary animals, meeting only to mate and produce a litter of one to three offspring. They have been deemed guilty and responsible for the cause of the global pandemic ripping into the planet since January 2020.

Severe acute respiratory syndrome is the causative agent for the current coronavirus disease (COVID-19) pandemic that has affected more than 104 million people and caused more than 2.2 million global deaths to date. The unprecedented repercussions of the pandemic have forced scientists worldwide to study the virus and its mechanism of infection closely in order to find a way to contain the spread of this virus through vaccination or treat affected people with effective therapeutic strategies that will help bring down the death rate and release the global population from national restrictions.

Many of these efforts are focused on identifying the intermediate animal that is potentially involved in the transmission of the virus to humans. Several works found evidence for pangolin being the intermediary between the virus and humans based on the presence of virus related to a coronavirus in Malayan pangolins.

However, some studies later reported that the binding affinity of the pangolin receptor for the virus is low. In a recent paper published in the journal Infection, Genetics and Evolution, researchers from the University of Barcelona, Spain; Xiamen University, China; and IHU-Méditerranée Infection and CNRS, France, provided more evidence to prove why pangolin cannot be the intermediate animal in transmission to humans.

What is important to remember is that pangolins are harmless to people unless they are consumed. Consumption of pangolins for their meat and scales has happened throughout Asia and Africa. In East Asia, most consumption happens in urban centers; in Africa, most occurs in Central and West Africa. In response to the COVID-19 crisis, China and Vietnam have recently announced new measures to ban aspects of the wildlife trade. Nigerian leaders are also working to raise awareness and protect pangolins within their borders.

In a dispensary devoted to wild animals in the suburbs of the sweltering metropolis of South Africa, four veterinarians are working around a pangolin. The room is small. Stacks of empty cages hide the wall. Lying on an operating table, the strange anteater covered with scales looks like an ambulant fortress. "He should have been released last week, but an infection has delayed the operation" says Nicci Wright, director of the Wildlife Veterinary Hospital and African Wildlife Commissioner for Human Society International, as she is carefully spreading the scales of the pangolin to clean the wound. 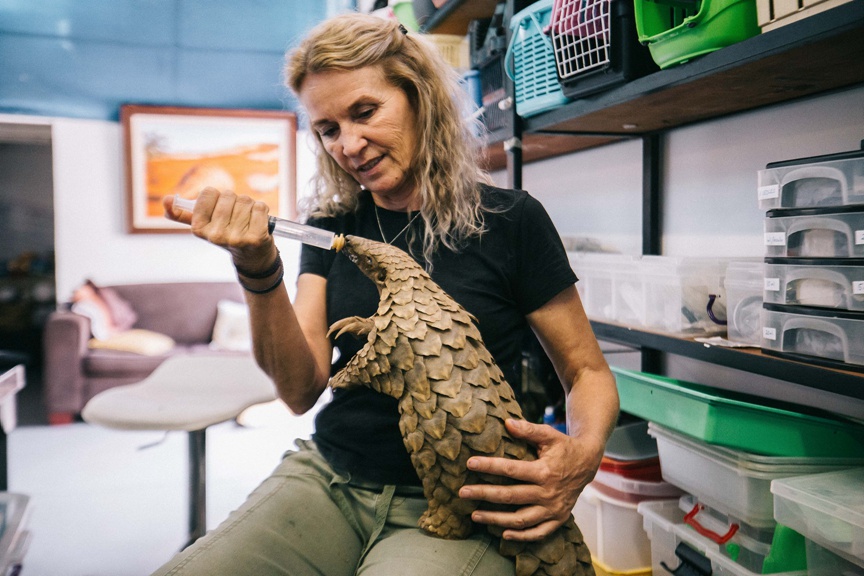 The center, financed by private donations, collects pangolins that police recovers after arresting poachers. Almost every week has a newcomer.

In 2018, 37 pangolins were saved by the center. A poor record for this mammal at the top of the most poached species in the world. How many animals are killed each year? "You can add all rhinos, elephants, lions and tigers and multiply by 1,000!" worries Ray Jansen, doctor of zoology and founder of the African Pangolin Working Group with Nicci Wright. In his modest office of the Department of Science at Tshwane University of Technology in Pretoria, the professor talks fast. As if time was running out, for him too. The future of pangolin has considerably darkened. "At least one million pangolins have been decimated in Africa in the last two years. In twenty years, they will be gone," warns the researcher.

Its scales have been part of the Chinese pharmacopoeia since the sixth century. Made of keratin, like our nails and our hair, they are used against various cancers and diseases. But no scientific study has ever proved it. In Vietnam, its flesh is considered as a very delicate meal and a sign of wealth. In some restaurants, the cost of a pangolin dish can reach 2,000 euros. "The Asian market, especially Chinese, has decimated Asian pangolin populations, which have become extremely rare today. With a birth every eighteen months, females are unable to renew the population," says Ray Jansen. As the Asian pangolin is very hard to find, traffickers are turning to a new source of supply: Africa.

In 2018, 40 tons of pangolin scales were seized only on the African continent. This number doubled in 2019: 97 tons of African pangolin scales that left the continent, 70% of this was exported out of Nigeria, the epicenter of the trade. Equivalent of several tens of millions of euros of merchandise and hundreds of thousands of pangolins killed.

In a secret place – for security reasons – Nicci Wright accompanies a pangolin to feed outside the clinic. Standing on both legs, the animal sniffs the ground searching for insects. Suddenly, it sinks, head first, into a termite mound. Its 40 centimeters long sticky tongue and leaves no chance to the insects. It gets out a few minutes later, his stomach full.

"There are few people able to watch this," murmurs the South African vet, who is moved by the plantigrade. Her career has led her to heal hundreds of wildlife species, but none has touched her as much as the pangolin. "From the outside, they look armed and tough, but their nature is gentle and peaceful. They bewitch you, there have something magical… " 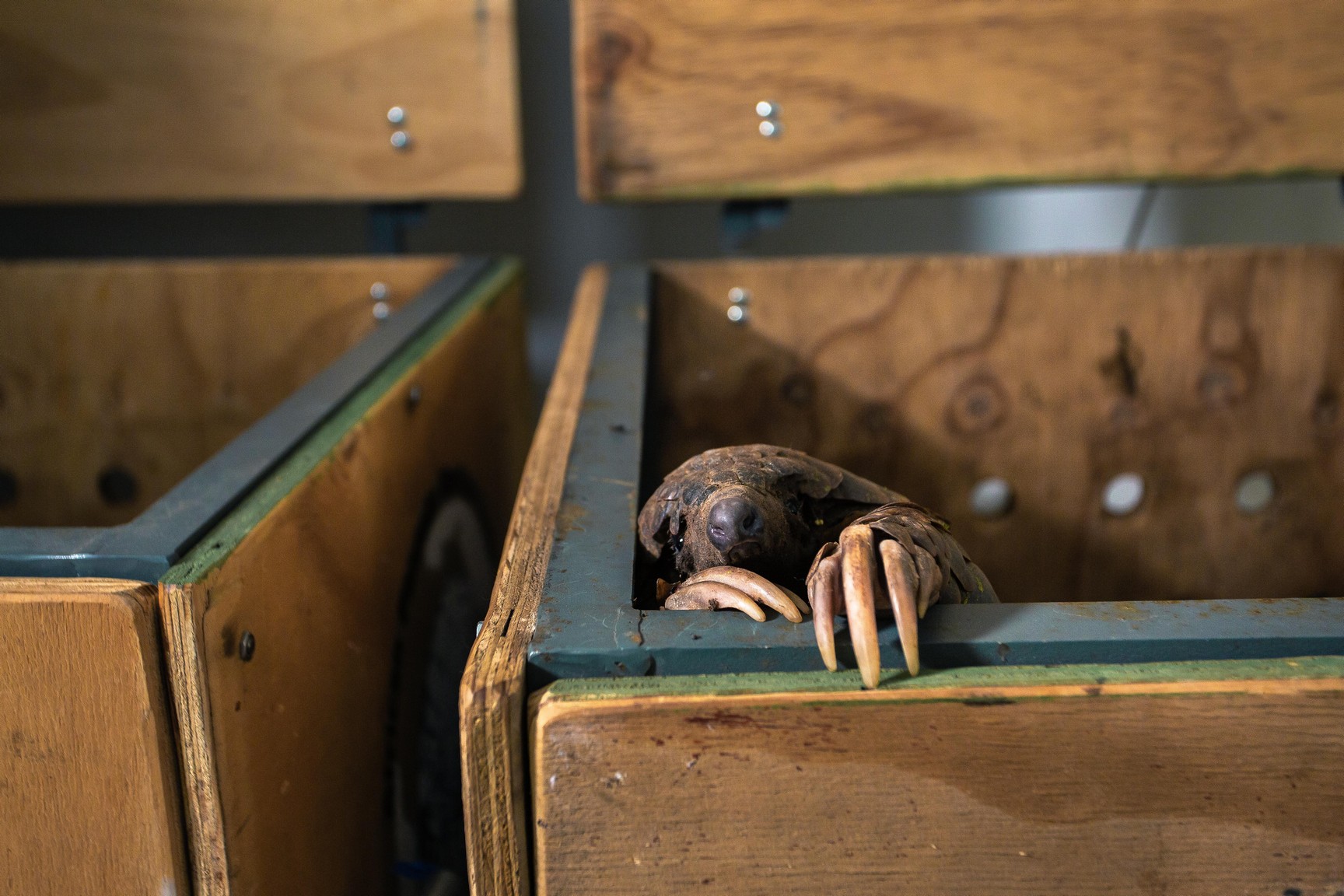 Traumatized by dreadful conditions of detention by the poachers, without water or food, some pangolins are then frightened by male voices and the smell of cigarettes. "The pangolins that the authorities send us suffer from the same disorders observed in people with post-traumatic stress," explains Nicci Wright.