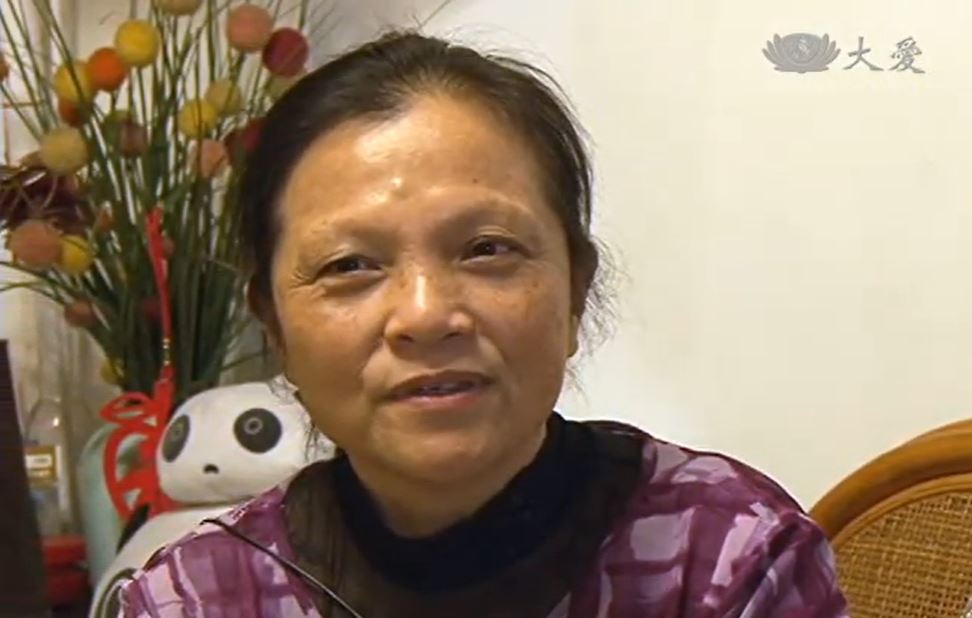 Yang Mi has learned from her parents the value of giving and hard work. (Photo by Li Shi-qing)

Born in a frugal and hardworking family that ran a breakfast business, Yang Mi (楊蜜) grew up seeing her parents work ceaselessly from day till night. Her parents were always eager to help others and were role models in Yang's mind, so she tried to follow their example in her own life.

Yang later married Chen A-song (陳阿松), a diligent man who came from a family of farmers. After marriage, the couple put all of their personal savings into opening a small business selling canvas and fabrics. As their business grew and their income became more stable, they had two children and also bought a house. 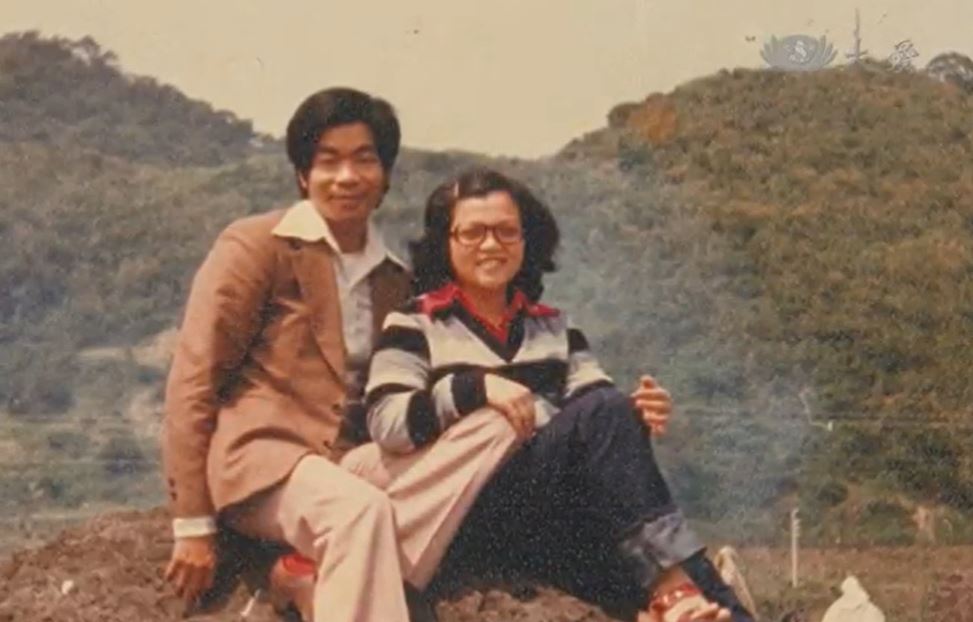 Both from modest families, Yang Mi and Chen A-song got married and worked hard to build a business and a family together. (Photo from Da Ai TV)

Though they no longer had to worry about money, Yang started to dwell on things and have more expectations. She worried that the Feng shui in their new house would hinder the growth of their business. And since A-song bought a car, Yang hoped he would take her out, but he never said anything. Feeling resentful, she would often get irritated at her husband for minor things. Recalling those unhappy days, she said, "During that dark period of my life, I was filled with pain and suffering. I felt that no one understood what I was going through."

One day while caring for her mother-in-law at the hospital, she came across a Tzu Chi Monthly magazine featuring a report on a Tzu Chi fundraiser for flood survivors in eastern China. She read how Tzu Chi volunteers picked up the trash after the fair and sorted them into waste and recyclables. She was very moved. "What they were doing deeply impressed me, and I felt that recycling was exactly what I wanted to do." 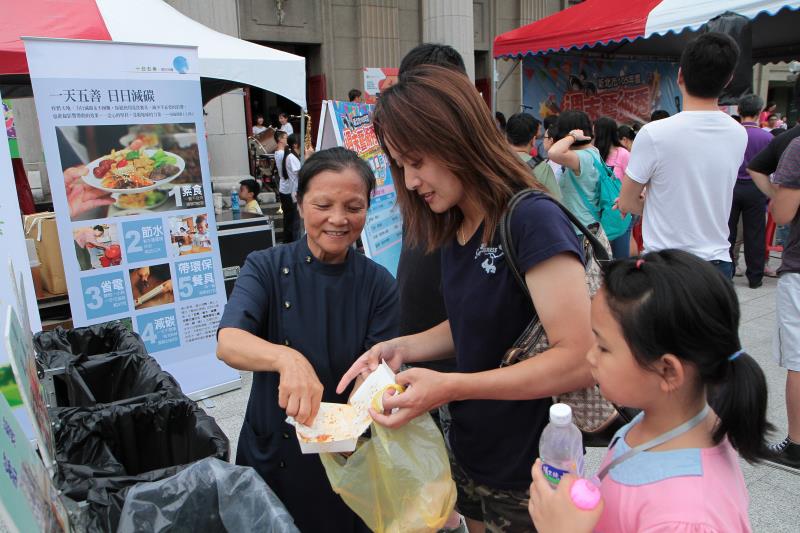 With a passion in promoting environmental protection, Yang Mi explains to attendees at a Tzu Chi event how to sort waste and recyclables. (Photo by Yang Fu-zai)

At the time, recycling and environmental protection was not yet widespread in Taiwan. Yang asked her neighbors if they knew anyone in Tzu Chi, and before she knew it, Tzu Chi volunteer Guo Hao-feng (郭號風) contacted her. Guo introduced Yang to the radio program The Tzu Chi World, which aired every morning, and encouraged her to bring her own shopping bags and containers when going out shopping. And that was what Yang did. Every morning while preparing breakfast, she listened to the radio program, and whenever she went grocery shopping, she would bring her own reusable bags and containers.

As Yang learned more about Tzu Chi and the life stories of Tzu Chi volunteers through the monthly magazine and the radio program, the worries and irritation that afflicted her slowly dissipated. By doing Tzu Chi's recycling work, she had fewer desires, and felt light and renewed. With Guo's support, Yang started to see the good in her life and went through her days feeling fulfilled. She was no longer in pain and resentment, but was filled with joy and ease. 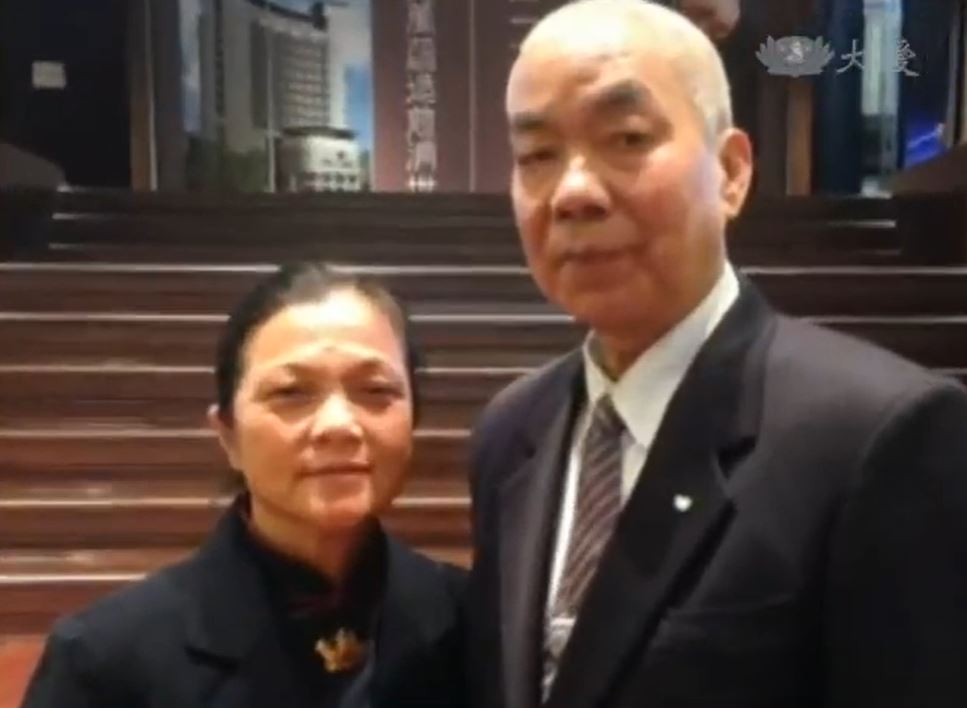 With her passion in recycling, Yang has strived to promote environmental protection in her community and has set up a recycling point in front of her house. A-song, who was initially angry at his wife for bringing in all kinds of garbage to their house, eventually agreed to her work and even joined her cause by helping with recycling work. Seeing her husband smile more often as the days passed, Yang Mi was full of delight. Years later, both husband and wife became certified Tzu Chi volunteers, and in addition to recycling, they have since served in hospitals and helped rebuild homes and schools after major disasters.

Recalling her younger self, Yang Mi said that as she was a business owner, she would speak harshly to others whenever she thought she was right. "I was like a bee that stung the people around me." Now, after years doing Tzu Chi's work, she has become wiser and kinder, hoping to be on good terms with everyone and be a bee that brings people sweet honey. "Forming good affinities with others, after all, is the key to a happy and fulfilling life."